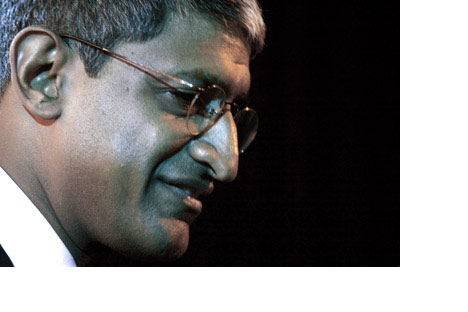 With over $1 bn investment in Russia, Shiv Khemka, vice chairman of the SUN Group, is struck by globalisation of the Russian economy and predicts a surge in Indo-Russian business.
Your company has been working in Russia for many years. What differences have you observed in Russia over the years?

Our group started working in Russia in 1958. In those days, we worked with foreign trade organizations buying and selling equipment and services between the then Soviet Union and India. These included mining, transportation equipment and other products.

Starting in 1990 when I moved to Moscow, Russia has changed beyond recognition because of the privatization of property, understanding of the capitalist market economy in the people. What you have today is a younger generation that is becoming globalized and understands the global economy. I think a very smart, globally educated and globally connected group of bureaucrats, political leaders has emerged. They understand what's happening and are connecting to the world to understand Russia's place in the world as it develops.

For us, the Nineties were a very difficult period because Russia was growing through many changes - privatization, inflation, devaluation of the currency, many political changes, instability in many regions, and so on. The 98 crash, the 98 crisis. So I think Russia went through a very difficult time in the 90s. I think starting in 2000, when President Putin came to power, he brought stability, which made it much easier to do business. The rules and opportunities became clearer. One could plan and invest better. Of course, it was never easy. The opportunities in terms of markets, exports and technology business were significant.

We belong to FIAC - the Foreign Investment Advisory Council - and everyone at FIAC has not only invested a lot and done very well here, but also sees Russia as one of its most important markets on the global stage. I think the last decade has been one of stabilization, building up the foreign currency reserves. I thought that has brought a lot of confidence to the people doing business here.

I also think that Russia has started to invest globally, which has been a marked trend in the last five years. This will increase as Russian companies start to go global, and will give confidence to foreign companies to come to Russia. I think a huge amount has been achieved in a short time. I'm very optimistic about the future of Russia.

What difficulties do you see in investment between India and Russia?

I think many of them have to do with a lack of experience and perception. People are afraid of some of the things they read in the newspapers. But most Indian people who have done business in Russia have had a positive experience. As the private and public sectors do more business together, this will grow, as they get used to each other. Sistema has come to India, and ONGC - the Indian oil company - is doing business in Russia. I also think the Indian market has become big and important. In the technology field, India has become very focused and important, but it has been mostly focused on the US-Europe corridor. Now I think India is starting to think more about working with Russia and the CIS and I see this trend accelerating over the next 5-10 years.

The strategic relationship goes back 60 years in terms of government-to-government cooperation. In terms of business, I think the big corporations like Gazprom are starting to work more intensively now. The Russian private sector has been very busy in Russia and the near abroad. I think the India-Russia-China triangle will become a very important axis which will create a lot of value for all three countries. I believe a lot can happen there. Prime Minister Primakov mentioned this idea 10-15 years ago; he was very ahead of his time. Now with the Shanghai Cooperation Organisation (SCO) and other regional forums you'll see more cohesion in this region and, naturally, private companies will work together more.

I think Brazil is a huge natural resource player; in that sense it's very similar to Russia. Whereas India and China are complementary to Russia because they are big buyers of raw materials, metals, oil and gas, etc. I think Brazil will be a very big supplier to the growth in Asia. I also think the Brazilian economy is stable and doing well. Even though Brazil will play an important role in this BRIC grouping, India, Russia and China have a natural geographic advantage for greater cooperation. So that would be a triangle I would watch very carefully.

What is the total quantum of your investment in Russia, and in which sectors is it concentrated?

We don't disclose this, but it's well over $1 billion. We've invested in the food and beverage business: beer brewing and chocolate. Oil and gas, mining and technologies. It's quite a diversified portfolio of investments.

Do you think these sectors changed in the last five years?

In the last 15 years these sectors have changed a lot. The food and beverage sector has become very sophisticated in Russia. Twenty years ago it was in a germinal stage. Today it's a world-class sector in terms of distribution, products, quality, marketing, branding. In the oil and gas sector, there's much more clarity from the Russian government in terms of who can own what and the rules. This applies to the mining sector as well. That provides an opportunity to investors who are committed to Russia.

The Russian government said a couple months ago that it would open up some strategic sectors. Have you seen any changes?

There's a gap between political vision and implementation. We are working in the trenches everyday. Things are going well, but the future is in the hands of the political and business elite. I'm confident that if that's the direction they want to go, they will go there. But this takes time - to get the laws right, to get the rules right, to make sure no one abuses the system.

Russia has a spokesman for big investors - Mr. Shuvalov. What do you think of his contribution in promoting foreign investment?

What are your plans for the future?

Our plans are to consolidate here for the future. We want to be here for the long term and continue to build our businesses here. The global economy in still in a fragile condition, and we are being cautious at the moment. As it comes out of this malaise, hopefully we will become more aggressive in our investment strategy.