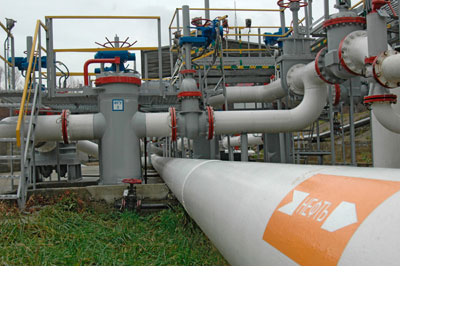 Among the most valuable assets for privatisation is Transneft,a state-operated company responsible for the building,operation, and maintenance of nearly 31,000 miles of pipeline.Source: Sergey Babushkin, RIA Novosti

Russia is planning the largest sale of state assets since the 1990s, a key step that could cut mounting budget deficit and bring $30 bn for the modernisation drive.

The Russian government is planning to sell off its stock packages in 11 major Russian companies. On the one hand, these privatizations will contribute funds to the national budget; on the other hand, they will support the stock exchange and attract the attention of investors.

Nikolai Sergeyev, a trader in a Russian investment firm, has been closely following quotations for preferred shares of Transneft. Over a period of ten days the price of stock in this operator of Russia’s main oil pipelines went up by 25%. And that’s not the limit, Sergeyev is sure. Transneft is among those major Russian state corporations in which the government means to increase the participation of private investors.

This is not the first decision by the Russian authorities aimed at attracting investment resources and decreasing the state’s share in the economy. In June, at an international economic forum in St. Petersburg, Russian President Dmitry Medvedev announced a five-fold reduction in the list of strategic enterprises not subject to privatization. Now the government, in the context of the global process of attracting investors, is ready to sell its stock packages in 11 top Russian companies.

Observers in the media have dubbed this decision the third wave of privatization. Unlike the previous waves, this one did not provoke harsh criticism from the left-wing opposition. The government has a weighty argument: the federal budget is running a large deficit while the state, as the president noted, has permanent social obligations.

In addition to Transneft shares, the government plans to sell off nearly half (49%) of the assets of Rosselkhozbank, Russia’s fourth largest bank. Rossel- khozbank is currently participating in a state program to develop agriculture and regulate the agrarian-production markets. Investors will also be offered nearly 25% of Sovkomflot, and 49% of both the united grain concern Rosagrolizing and Rosspirtprom, one of Russia’s top producers of alcohol and vodka. The last three companies replaced the housing mortgage and loan agency AIZhK and the Russian railway monopoly RZhD, both included in an earlier list. “The changes made in the privatization list of future public companies have not been so very radical,” said Vladimir Kuznetsov, an analyst at UniCredit Securities, “although the new candidates for privatization now included will not bring the state as much as the Russian railway monopoly would have.”

The Russian government is also ready to sell its stock packages in companies that are already being traded on the stock market: the Russian energy company FSK EES (an operator of electrical systems in Russia); RusHidro, the world’s second largest hydro-generating company; as well as Rosneft and Russia’s two largest banks, Sberbank and Vneshtorgbank (VTB).

The Finance Ministry estimates that these privatizations will bring some $30 billion into the state’s coffers over the next three years (2011-2013) and help fight the budget deficit, which for 2010 had been expected to be about 5.4% of the GDP. However, according to Prime Minister Vladimir Putin, the 2010 deficit will not exceed 5% of the GDP. And over the next three years that deficit will systematically decrease: in 2011, according to Finance Ministry estimates, it will total 3.6% of the GDP; in 2012, 3.1%, and in 2013, 2.9%.

The most likely scenario for selling off government stock packages will involve primary and secondary placements on the markets. Despite the instability of the world’s financial markets, experts are convinced that there will be no shortage of both strategic investors and speculators wanting to participate in the privatizations of major Russian companies. Speculators are already making money on the increase in quotations thanks to the forthcoming privatizations. Meanwhile potential strategists wanting to invest in Russian assets include China.

The list of Russian companies ready for privatization is supposed to be finalized by 1 October 2010. So there is still plenty of time for speculators to profit from the increase in quotations and for investors to decide which Russian assets are the most attractive.