MiG-35 may not fly to India 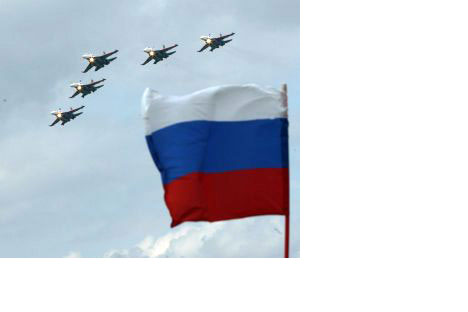 According to Indian media reports, Russia’s United Aircraft Corporation (UAC) was not shortlisted for an international tender for 126 multirole fighters valued at a total of $10 billion, with France’s Rafale and EADS’s Eurofighter Typhoon seen as hot favourites. Meanwhile, UAC and Russian Aircraft Corporation MiG (RAC MiG), which nominated the MiG-35 for the tender, denied those reports. Experts say RAC MiG’s offer is cheaper, but questions have been raised about the plane’s engine resource.

European models – Rafale built by the French firm of Dassault and the Eurofighter Typhoon designed by the European Aeronautic Defence and Space Company (EADS) – are frontrunners to win the Indian tender for 126 Medium Multi-Role Combat Aircraft (MMRCA) to beef up the country’s air force, India’s TV channel Times Now reported, quoting unnamed sources. The report stressed that Russian, American and Swedish planes did not make it into the final following extensive field trials. Allegedly, the engines of Russia’s 4th++ generation fighter MiG-35 failed to impress, while Sweden’s Gripen (SAAB) fell off the Indian radar, and the F16 designed by US Lockheed Martin was pronounced to have “no future”. As for Boeing’s F18 Super Hornet, no reason was given for its rejection.

Russia’s United Aircraft Corporation did not confirm this report.

“The official results of the tender have not yet been announced,” UAC spokesman Konstantin Lantratov told Kommersant, refusing to elaborate on unconfirmed TV reports. “MiG-35 is not withdrawing from the tender, I have no formal notices about this,” Mikhail Pogosyan, OAC first vice president and head of RAC MiG, told Kommersant yesterday. On Saturday, when Times Now reported the preliminary tender results, they had not yet been drawn up, the newspaper reported, citing a source close to RAC MiG. “Envelopes with commercial proposals will only be opened by the commission this week,” the source told Kommersant, noting that the MiG-35 trials had been completed back in the autumn of last year.

At the same time, the newspaper quoted a number of other sources, speaking of MiG’s objective problems connected to poor project financing, the Indian Air Force being the only potential buyer. According to the newspaper’s source close to Russia’s state arms exporter Rosoboronexport, the need to allocate additional state funds for the MiG-35 project was outlined by OAC President Alexey Fyodorov in 2008, yet the problem has not yet been solved. As Fyodorov pointed out, one of the key tasks is to rework the RD-33MK engine for MiG-35. “The engine must have an overhaul period of 2,000 hours, with its general resource of 4,000 hours, but the engine falls short of these indicators currently,” the source said, refusing to specify the RD-33MK’s current overhaul period.

According to the Kommersant’s source in the Russian-Indian intergovernmental commission, reports of Russia’s withdrawal from the tender appeared ahead of the commission’s next meeting scheduled for 30 August. He did not rule out that in this way, Delhi encourages Russia to improve its bid.

The main advantage of the Russian proposal is that MiG-35 is the cheapest aircraft in the tender. The costliest one, Rafale, is worth some €60m ($79.5m), estimated Konstantin Makiyenko, expert at the Centre for Analysis of Strategies and Technologies, while MiG-35 costs slightly over $40m. “Clearly, the ratio of fighters’ combat capabilities to price will be one of the key criteria for the government’s decision,” confirmed Oleg Panteleyev, chief analyst at Aviaport agency. MiG-35’s another strong point is the long tradition of Russian-Indian military cooperation, he added: “The licence production of MiG aircraft was launched in India in the post-Soviet period, and a contract was signed for MiG-29K carrier borne aircraft.” Yet, Makiyenko does not exclude that India could revise the terms of the tender in the end: “it would be logical to revise the tender for 5th generation aircraft” as the Indian Air Force expects to use the fighters for at least 50 years.