Is there life without water? 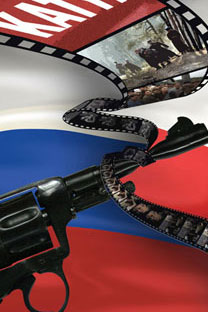 The secretary of Russia’s Security Council, Nikolay Patrushev, told Rossiyskaya Gazeta (RG) that water could become a strategic resource in the near future.
Analysts are talking about the likelihood of water wars and conflicts. Climate change has introduced a new term: water security. More and more territories across the globe are in a state of continuous drought.

The progressive deficit of drinking water resources has given rise to a dangerous phenomenon: water migration. In just one year, more than 20 million people across the globe left their homes in regions with no drinking water. Acute water shortages are already being experienced by our immediate neighbors to the south. What threats does the global problem of water scarcity carry for Russia? The Security Council of Russia, together with the leading scientists, discussed all the aspects of this strategic threat.

According to UN statistics, about 700 million people in 43 countries are under “water stress” and suffer from water shortages. About one-sixth of the global population does not have access to clear drinking water, and one-third to basic sanitation.

The number of refugees from the world’s dry regions, according to UN statistics, surpassed the number of displaced persons fleeing from armed conflict in 2009.

If energy security is considered to be one of the main problems in the world, then under climate change conditions, water security comes to the foreground. The international community will handle this problem through water distribution and “water-efficient” production, which eliminates the threat to global stability due to water wars, water terrorism, and so on.

“I can cite numerous examples when water scarcity led to armed conflicts and wars between neighboring states,” Secretary of the Security Council of Russia Nikolay Patrushev told RG. “In the last decade, conflicts and crises related to this problem have been escalating in 46 countries, where 2.7 billion people reside. The most conflict-prone areas, in this respect, are the regions of the Middle East, Central Asia and North Africa.”

How should Russia behave in this situation in order to hold onto its resources and not spoil relations with its neighbors? These difficult questions were studied by the Security Council of Russia.

Russian scientists predict that sometime between 2035 and 2045 the volume of drinkable water consumed by humans will be level with the volume of its total available resources. However, a global water crisis could break out even earlier. This is linked to the fact that most water reserves are concentrated in only a few counties. In particular, they are Brazil, Canada and, of course, Russia. Naturally, not all the available water resources in these countries will be depleted by 2045; they are simply too large. But many other states could face the problem of water shortages in the immediate future.

It would seem that we have an abundance of water – one-fifth of global drinking water reserves – which will be enough for all the future generations, and will never expire. In other words, one could freely drink as much water as he likes.

But it turns out that Russia is also facing an enormous problem, though not with water resources but with their use – which already today creates a real threat to the country’s national security. The threat of water scarcity is outlined in the National Security Strategy through 2020. According to Patrushev, in 2009 only 38% of Russia’s population centers were supplied with drinking water that meets security requirements, and another 9% receive poor-quality drinking water. But even that’s not all – in more than half of all cities and towns, drinking water has not been examined, and no one knows how harmful it is to one’s health.

The state of the irrigation system is also a serious cause for concern. Irrigated land in Russia covers a territory of only 4.5 million hectares. The water usage efficiency in Russia is two to three times lower than in developed states. All of this indicates a highly irrational usage of water resources and the need to change the state policy on land amelioration.

In order to resolve these and many other problems, Russia has developed a water strategy through 2020. Russia’s Security Council secretary said that it provisions the reduction of unjustified water losses in half. By promoting efficient water usage, as well as decreasing losses by introducing conservation technologies and reconstructing irrigation systems, energy consumption in the economy could be lowered by 20 billion rubles annually.

Today, there are talks that Russia could become a serious player in water trade. For example, it has been suggested to resolve the growing water crisis in Central Asia by building a water channel from Siberia. At the same time, experts believe that there are no serious justifications to support this project, clarified Patrushev.

Specialists note that the economic benefit has not been considered, including the regional countries’ readiness to pay the set price for the Russian water. Moreover, according to Russian experts’ assessments, withdrawing even 5-7% of water from Ob could destroy the regional ecosystem and fisheries, and have a boomerang effect on climates of the largest territories. The thermal balance of Russia’s Arctic could change, which will in turn trigger climate change in larger areas, disruption of ecosystems of the Lower Ob and Gulf of Ob regions, and the loss of thousands of square kilometers of fertile land in the Urals. The overall ecological damage could, in this case, reach billions of dollars.

The growing water deficit also promotes other still-exotic projects. One of them includes construction of pipelines, similar to the ones used for oil, but for water transfer. However, the director of the Institute of Water Problems, RAS, Viktor Danilov-Danilyan, believes one of the main reasons why water cannot be traded the same way as oil is the sharp rise in the cost of transporting water.

Another reason: the colossal difference between the demanded volumes of water and oil. For example, it is unlikely that much more than 500 million tons of this resource will ever be withdrawn annually from Russia, and that is considering the fact that we are an exporter. We practically don’t sell water; meanwhile our domestic economy uses 62.5 billion tons per year, which is 180 times more than oil production for our domestic needs and export. Thus, it becomes apparent that the correlation between domestic consumption and export of water could not even come close to the one that exists for oil.

Scientists believe that in the near future, water, as a resource, will not have as much value on the global market as water-efficient production. A price increase on water-efficient products, as a result of an increased water deficit, is inevitable. For example, production of one ton of azotic acid requires from 80 to 180 cubic meters of fresh water, cotton fabrics from 300 to 1,100 cubic meters, synthetic fiber 1,000 cubic meters, and so on. Enormous volumes of water are used by cooling equipment for power-generating units, while up to one-third of the total volume goes to waste.

Just as much, if not more, water is needed for cultivation of crops. For example, the amount of water used to grow food, which is exported to North Africa and the Middle East, is equal to the annual flow of the Nile River. In other words, in order to feed the population of that region, at the very least, a second virtual Nile is needed.

In this situation, Russia has exceptionally favorable opportunities to assume one of the key positions in this market. We not only have a lot of water, but also everything necessary for the development of water-efficient industries, the production of which is becoming increasingly more expensive. And this is much more profitable than simply selling resources, including the scarce water resource.