The Right to Water 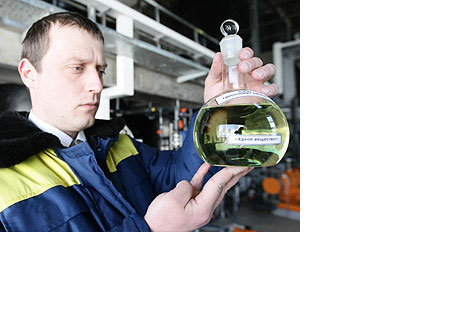 The United Nations estimates that nearly 900 million people live without clean water and 2.6 billion without proper sanitation. Water, the basic ingredient of life, is among the world’s most prolific killers. At least 4,000 children die every day from water-related diseases. In fact, more lives have been lost after World War II due to contaminated water than from all forms of violence and war.

This humanitarian catastrophe has been allowed to fester for generations. We must stop it.

Acknowledging that access to safe water and sanitation is a human right is crucial to the ongoing struggle to save these lives; it is an idea that has come of age. It was first proposed a decade ago by civil society organizations, like Green Cross International, which I helped establish in 1992. Today, it is a mainstream demand that many governments and business leaders support. That is a great achievement.

This month, for the first time, the U.N. General Assembly is preparing to vote on a historic resolution declaring the human right to “safe and clean drinking water and sanitation.” It is a pivotal opportunity.

Not all nations are on board, however. The United States and Canada are among the very few that have not formally embraced the right to safe water. Their continued reluctance to officially recognize the right to water should be questioned, not least by their own citizens. President Barack Obama’s national security strategy calls for furthering human rights and sustainable development around the world; that goal should be translated into support for access to water as a human right.

A few other states, like Turkey and Egypt, have also hesitated to formally acknowledge the right to water, mainly because of boundary-related water issues.

However, an absolute global consensus is not essential. The reluctance of a handful of countries cannot derail this vitally important trend.

Recognizing water as a human right is a critical step, but it is not an instant “silver bullet” solution. This right must be enshrined in national laws, and upholding it must be a top priority.

Failures to provide water and sanitation are failures of governance. Recognizing that water is a human right is not merely a conceptual point; it is about getting the job done and actually making clean water widely available. We must clarify the obligation of governments to finance and carry out projects that bring these services to those who need them most.

Developing countries that have incorporated the right to water in their legislation, like Senegal and South Africa, have been more effective in providing safe water than many of their neighbors.

Recent U.N. statistics show that the world is on track to meet, or even exceed, the Millennium Development Goal to halve the number of people without safe drinking water by 2015. This should be applauded. But the goal for sanitation will be missed by 1 billion people. At current rates, some parts of Africa are at least a century away from providing safe water and sanitation to all. A “water apartheid” has descended across the world — dividing rich from poor, included from excluded. Efforts to redress this disparity are failing.

Expanding access to water and sanitation will open many other development bottlenecks. Water and sanitation are vital to everything from education to health to population control. As population growth and climate change increase the pressure for adequate water and food, water will increasingly become a security issue. As global temperatures rise, “water refugees” will increase. Water touches everything, and strong collaboration among all sectors of society — governments, activists, farmers and the business and science communities — is needed to increase its availability.

Making access to water and sanitation a daily reality is good business, and good for the world economy. According to the U.N. Environment Program, a $20 million investment in low-cost water technologies could help 100 million farming families escape extreme poverty. Dedicating $15 billion a year to the water and sanitation millennium goals could bring $38 billion a year in global economic benefits. That’s a pretty good rate of return in today’s financial climate. It is within our grasp for the first time.

There is tremendous political will and popular momentum behind the movement to formally declare safe water and sanitation as human rights. We must seize this moment and translate our enthusiasm into solid, binding legislation and action at the national and international levels — starting with the expected U.N. vote this month.

I was pleased a few weeks ago to hear President Nicolas Sarkozy call for the 2012 World Water Forum — to be held in the French city of Marseille — to be the venue for the international recognition of the universal right to safe water and sanitation. This cause needs more “champions” — respected public figures and opinion leaders who act as its ambassadors around the world.

The actions and voices of millions of citizens have brought the global movement for the right to water this far. I hope that more people will join us to help bring us closer to the ultimate goal — a world where everyone’s right to safe water and sanitation is not just recognized but is also fulfilled.