A chance for engagement and rapprochement 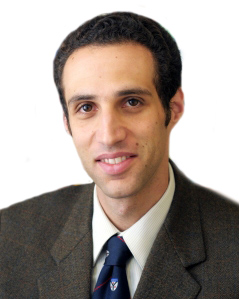 In a much-discussed address to Russian ambassadors in mid-July, Russian President Dmitry Medvedev gave his latest and most explicit hints to date about how he wants to shift Russia’s foreign policy course. Medvedev has made three particularly important points: that the principal aim of Russian foreign policy should be promoting economic modernization; that Russia consequently needs better relations (“modernization alliances”) with the United States and major European countries; and implicitly, that relations with the West—and East Asia—should take priority over relations with Russia’s post-Soviet neighbors. While these are mostly changes of emphasis rather than of strategy, by reciprocating Medvedev’s interest in limited, economically driven rapprochement, the West can give Moscow incentives to pursue deeper engagement in the future.

Medvedev has made modernization—ending the Russian economy’s dependence on oil and gas sales while emphasizing innovation and high value-added technologies—the touchstone of his presidency. As with his mentor Vladimir Putin, though, Medvedev’s vision of modernization is driven largely by a desire to strengthen Russia’s international position and ensure it keeps up with other major developing countries such as China and India. While successfully modernizing the economy would provide ordinary Russians a higher standard of living, it will also reinforce Russia’s claim to great power status in a world where GDP numbers increasingly mean more than numbers of warheads.

Russia needs better relations with the West, mainly because it wants Western technology and investment to bolster its modernization campaign. Medvedev has talked of modernization alliances with the United States and Germany, France and Italy. The Russian president envisions a modernization alliance as an economic partnership whose main benefit for Russia is gaining access to foreign capital, technology and know-how. As the August 2008 war with Georgia showed, Western capital is fickle and subject to seek safer harbors, including China and India, if Russia’s political risk seems too high. Meanwhile, the global recession that began in 2008 drove down prices for Russia’s major exports—oil and gas—in the process constraining Moscow’s ability to pursue the assertive foreign policy that characterized Putin’s presidency.

Meanwhile, Medvedev can afford to prioritize relations with the West over the former Soviet Union because Russian influence in the part of its backyard abutting the West (especially Georgia and Ukraine) is more secure than it has been in some time. The Georgian war and Ukrainian election solidified Russian influence in the region and forced the West to limit its ambitions (for instance on the issue of NATO expansion) in deference to Russian wishes. Medvedev is merely turning his attention elsewhere now that Russian interests in Georgia and Ukraine are largely secured.

In this context, little about Medvedev’s new foreign policy course is especially revolutionary. Medvedev is not abandoning Russia’s traditional great power foreign policy so much as adapting it to deal with post-Georgia war, post-crisis realities. Even as Moscow’s gaze turns to reforming the economy, it is not going to abandon its great power ambitions. While modernization necessitates better relations with Western countries, Russia is not pursuing integration with Western institutions such as NATO or the European Union. And prioritizing relations with the West over its post-Soviet neighbors is less a decision to abandon its claim to “privileged interests” in the region than a recognition that Russia now has most of what it wants.

While it faces many obstacles domestically, Medvedev’s course does present an opportunity for the United States and its allies to develop a more cooperative relationship with Russia, if they keep their expectations modest. Modernization alliances could be a useful tool for promoting reconciliation: mutually beneficial (Russia is a potentially huge market for Western technology firms), pragmatic and less likely to be subject to the cycle of expectation and disappointment that has characterized so many attempts to promote Russia’s integration with the West. The West too would benefit from a Russia that sees itself as a responsible pillar of the global economy, which successful modernization as envisioned by Medvedev would require. Russia’s interest in economic partnerships or modernization alliances also creates an opportunity to deepen the economic linkages between Russia and the West, which can in turn help align the two sides’ political interests. The West should embrace Medvedev’s call for modernization alliances with open arms—and open eyes.

Jeffrey Mankoff is associate director of International Security Studies at Yale University and adjunct fellow for Russian studies at the Council on Foreign Relations.