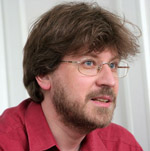 It is indisputable that Russia, which has exhausted its Soviet-era resources in technology, infrastructure and education, is in urgent need of modernization. The expediency of Russia’s pragmatic foreign policy is equally indisputable. Yet, despite the consistent flow of President Dmitry Medvedev’s statements, it remains unclear what is behind the “modernization alliances” touted by the president.

Most commentators interpret his statements as a turn toward the West. Moscow’s modernization scenario implies selective cooperation in the areas in which Moscow is interested, rather than full-scale integration with the West. This trend has dominated Russia’s foreign policy for some time, but has been sidelined for many reasons.

Moscow’s efforts to reset relations with Washington and expand cooperation with the European Union are primed to attract pioneering technology and investment to Russia. During Vladimir Putin’s presidency, many lucrative economic projects were blocked because of political tensions. Yet, strictly speaking, “modernization alliances” are not necessarily linked to foreign policy shifts.

For attracting foreign investment and capital, the investment climate and rule of law areas in which diplomats have no influence are much more important than foreign policy matters.

Pragmatism is a fashionable idea, but it seems sometimes that this is just another euphemism for Moscow’s inability to define the country’s global role. At the same time, Russia is facing important choices and pure pragmatism is not enough to make the right choice.

Moscow’s goals have largely been achieved as Russia's neighbors lost much of their appeal to the European Union and the United States, which for years vied with Russia for influence in the area. On the other hand, Moscow’s attempts to pursue a sensible economic and military policy have often been faced with resistance or passivity from neighbors. Formal statements by Russian leaders offer little basis on which to decide which is a bigger priority, global integration (entry into the WTO) or regional cooperation (promoting the Customs Union). Both scenarios have their strong points. Yet, they are incompatible, meaning that Russia will have to make a choice.

Another foreign policy priority is the Asia-Pacific region, and this was reiterated by Medvedev. This is not new, as the realignment of global forces in favor of Asia, including the respective problems faced by Russia’s Far East, have long been debated, but it is important that the problem is now clearly defined.

The correlation between Asian and European priorities in Russian foreign policy should also be seen in terms of modernization. This, however, involves serious geopolitical and cultural considerations. Traditionally, Europe has been very important for Russia as a source of development. At the same time, the Old World is losing its strategic importance, giving way to a rapidly developing Asia, with its rising political and economic role. In cultural terms, however, Russia is not particularly close to Asia, with Moscow even feeling somewhat frightened by China’s aggressive expansion.

To a certain extent, domestic development can be tied to foreign policy, but there is a danger that economic partnership with leading Western countries in creating “oases of innovation” will replace the real democratization of the state and society, while the desire to strengthen the “modernization alliance” will restrict Russia’s foreign policy opportunities.

Foreign policy should create favorable conditions for national development, and in this sense, it is necessary to ensure normal relations with neighboring countries and other partners, while also avoiding unnecessary conflicts, as Medvedev said. And yet, it is peace and security that have always dominated any foreign policy agenda, and for Russian diplomats, this should take priority over the five principles of modernization that President Medvedev is so avidly promoting.

According to Medvedev, the obvious global tendency today is the harmonization of relations, dialogue and a reduction of the tendency toward conflict. However, amid degrading international institutions and the collapse of the long-established world order, along with unpredictable national policies, one has to be a true optimist to believe in harmonious relations against a backdrop of reduced conflict.

Fyodor Lukyanov is the chief editor of Russia in Global Affairs.