In case of fire, make amendments 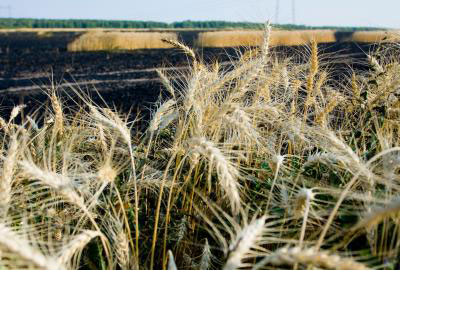 There are no signs of there being a grain shortage on the horizon this year, but the grain market will be walking a fine line.

Just a few months ago, Russia was diligently seeking out new grain markets, flexing an export potential of 30 million to 40 Million tons. Japan, Indonesia and Brazil were all negotiating to be added to the list of Russian grain buyers, which already includes countries in the Middle East, Africa and Europe. However, after this summer’s scorching heat and fires destroyed almost a third of Russia’s grain harvest, the country was forced to ban grain exports until the end of the year and temporarily freeze its grain market expansion.

“The searing heat and drought have hit our export potential hard,” said Russian Grain Union President Arkady Zlochevsky. “We had been looking out for additional sales markets that would allow us to sell as much grain as possible to whomever we choose, but now any possibility of that happening has bit the dust. If any export prospects come up, then they will probably be for selling to the Middle East and Africa.”

Fall 2011 is most likely the earliest that Russia could return to the global grain market, but only if next year’s harvest is a good one. Meanwhile, grain exports need to be reined in by whatever means possible to satisfy domestic demand and keep prices from skyrocketing.

“Russia’s grain supplies could be around 5m to 9m tonnes by July 2011, making for a very tight balance,” said Dmitry Rylko, general director at the Institute for Agricultural Market Studies.

Different forecasts for this year put the country’s gross grain collection between 60 million and 67 million, which is way below the consumption level of 71 million to 75 million, but inventory supplies of 17 million to 20 million will make up for that. Zlochevsky believes that Russian grain imports, coming exclusively from Ukraine and Kazakhstan, will increase by up to 2.5 million tons. Grain is imported from Ukraine and Kazakhstan even during surplus harvests, since some Russian regions find it cheaper to import grain from neighboring than from the distant Russian agricultural areas.

Despite experts' claims that there is no grain deficit, prices for grain are rising. This is because the grain deficit is not reflected in the gross indicators. Individual segments, though, show a deficit in the buckwheat and feed grain markets. Buckwheat crops died out and there are no import sources for this grain. Retail prices for buckwheat more than doubled, and a number of large retailers have seen the popular grain disappear from their shelves.
Some people have estimated the feed grain deficit at roughly 3 million to 6 million tons. Heat increases grain quality, meaning that grain hit the high-quality mark wherever it was not scorched completely. But 6 million to 10 million fewer tons of feed grain were harvested than what was needed. The intervention fund holds just 3.5 million tons, while hay, the alternative, was not stored up because of the summer heat and drought.

Domestic prices fell by 10 percent after grain exports were banned. The government, along with the antitrust service and prosecutor's office, is threatening to punish anyone who increases prices. For example, representatives from the antitrust service's regional division in Moscow are bringing a case against several bread companies.

Large retail chains are also trying to stand up to the rise in prices, as they are the first to feel the wrath of frustrated customers. For example, the grocery chain The Seventh Continent, has suspended its business with Danone and Unimilk, two dairy companies that have sent prices soaring. Russia's dairy market is well diversified, but producers are using the drought to justify price hikes in many food product sectors, requiring chain retailers to follow suit.

Russian President Dmitry Medvedev has told the government and large state banks to provide financial aid to farmers who have suffered from the drought and significant crop loss, and to control food price increases. The government was also instructed to put together proposals for creating a viable, economically efficient agriculture risk-insurance system. Just one-fifth of Russian crops were insured this year. Today's system does not give farmers the confidence that they will be given insurance compensation, so they prefer to receive guaranteed budget compensation. The president also ordered a review of possibilities for refinancing, reconstruction and extending existing loans, in addition to prolonging lease payments.

Experts point out that although initial panic in the markets has died down, it could have been avoided in the first place if the goods intervention mechanism had worked as it was intended to. Russia's intervention fund has been founded, but never used for its intended purpose. Moreover, the standard mechanism calls for having auctions that the largest companies least affected by this past crisis are most likely to win, while small and medium companies will leave empty-handed. Any possibilities of intervening were put off until October, at which time the full extent of the situation will be known. As Andrei Sizov, executive director at the SovEcon Centre, puts it, grain prices will continue to rise as long as no intervention takes place.

Zlochevsky believes that global grain prices will remain stable as long as ecological catastrophe does not take place. Russia's drought has already caused world grain prices to increase by $30, while speculators have made up completely for the drought's consequences. Over the past few years, Russia has begun to play a more and more significant role in the international market by selling low-quality grain at competitive prices. Take, for example, Egypt, where Russia's grain share in the market rose from nothing in 2000 to 60 percent last season. A deficit on the global market, however, does not seem to be in the cards. A combination of plights, from the drought in Russia and Kazakhstan and grain shortages in Western Europe and Ukraine are compensated for by good harvests in the United States, Canada and France.