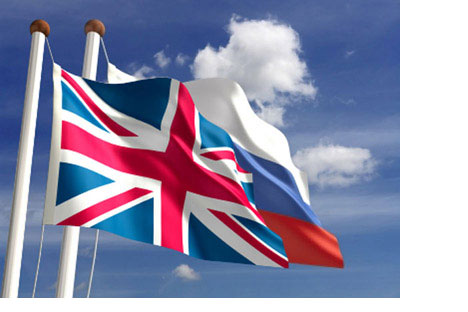 Russian culture is winning the hearts of the Britons. Though the news coming from Russia are generally gloomy and depressing.

Today, August 14th 2010 I have been tasked with writing and sending you my thoughts from Scotland as to how I perceive Russia today, not yesterday and not tomorrow, just today. As always there are many contradictions. It is now Edinburgh festival time and this week we have the wonderful Russian State Orchestra performing in the city, this concert is one of the highlights of the season and the sell out of tickets demonstrates the great affection we have, not only for Russian culture but for your artists, meanwhile 600 kilometres away in London, Valery Gergiev is filling the Royal Albert Hall for concerts at the BBC proms. Russian culture envelopes the British daily life in concert halls, radio and television, this is the good, the wonderful gift that you send us from Russia.

All is not as good on other fronts alas. Today I read that neo Nazis and fascists have now established Russia as the capital of the most racially motivated crimes in the world! Since 2004 427 people have been murdered and 2,600 savagely beaten, and in unimaginable incident neo Nazis posted a video on the internet in which they severed the head of a dark skinned migrant worker. What kind of society is this? Meanwhile in a small town 100 kilometres south of Moscow, Jean Gregoire Sagbo has been elected the first black person to be elected to office! Jean Sagbo has ambitious plans to clean up corruption, deal with unemployment and drug abuse, I wish him well and a long and happy life. How can we reconcile these diametrically opposing cultural events I ask? The Great War was fought to remove from Russia and Europe these factions, and yet here they are in your midst. Now do not let me give you the impression that all is well here in Europe, far from it, but today I speak only of Russia.

There is no satisfaction in criticising Russia, it is demanding too much of Russia to make so many changes in so few years, but if communications in the past had been as wondrous as they are today, what atrocities created by nearly every civilised, not to mention the uncivilised nation, would we have learned about, no doubt equal to anything that is currently happening in Russia. But I digress, we perhaps expect too much of Russia and on the other hand it may suit others to portray the ugly side of society while brushing their own problems aside.

So what else is news here in Edinburgh? Headlines! “Villages left to burn by Russia’s leaders”. In Beloomut, which has been burned to the ground, village resident Mrs Luchkina says that Mr Putin has promised to give every family a free house, ‘we hope he won’t cheat us she adds’. Anna and Vladimir Ivlev were less optimistic. According to ‘official’ figures 53 people have died in the fires sweeping across the countryside surrounding Moscow, Health officials in Moscow contradict the 53 dead figure, they say 700 people a day are dying. Doctors have been forbidden to diagnose heatstroke. At its peak, Moscow morgues were overflowing and there were not enough ambulances to transport the dead. The Mayor of Moscow only found his way back to the capitol after a ‘public outcry’. The head of the Moscow Forestry Service remains on holiday and Mr Medvedev is sunning himself in Sochi. By Friday last week ‘a dozen’ countries including France, Germany, Italy, Poland, Turkey and the United States had all contributed specialists and equipment. Where are the Oligarchs in Russia’s time of need? Likely swapping girls on their luxury yachts I hear you shout, but they are deaf to your cries. When the Revolution comes comrades.

Finally, reading this it is all doom and gloom, somewhere in the great and wonderful land of the Russians there is a small office in which sits a journalist who only answers the telephone when the ‘good news light’ comes on, could he please send us some good news, it’s bad enough in the rest of the world, I look to Russia’s vast human resources to ‘cheer us up’,