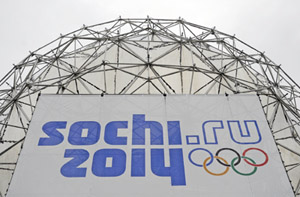 On Sept. 1, the Sochi 2014 Organizing Committee announced a national competition to choose a mascot for the Olympic and Paralympic Games that will be held in Sochi. For the first time in Olympic history, citizens of the host nation will propose their ideas for an Olympic mascot by sending an application to the competition website, talisman.sochi2014.ru, or by mail.

The proposed mascots can be black-and-white or colored, and created using any technique, including computer graphics. The bidders can send their creations along with a completed questionnaire to the Sochi 2014 Organizing Committee, from Sept. 1 to Dec. 5, 2010.

The finalists will be selected between Dec. 6-15 by a board of experts made up of animation directors, cultural figures, marketing experts and athletes. The winner will be announced on Feb. 7, 2011 after a nationwide vote by text message and phone. The winner will receive two tickets to the opening ceremonies of the XXII Winter Olympic Games or the XI Paralympic Winter Games in Sochi in 2014.

A government official told Vedomosti earlier that the organizers of the Games favor a leopard mascot. Several leopards are being acclimatized at the Caucasus Biosphere Reserve: Two females from Iran were swapped for Siberian tigers, and two leopards were brought from Turkmenistan a year earlier. The animals are being kept in a special center to prepare them for living in the wild.

In deciding the plan for selecting the Sochi 2014 mascot, the organizers decided to draw on the Soviet experience of some 35 years ago. Work to find the mascot for the Moscow 1980 Olympics also began four years before the event. In 1976, the first candidates for the Olympic mascot were fairy tale characters, including The Humpbacked Horse, Petrushka, Matryoshka, and Cheburashka. Yet, they all were rejected, and the Olympic Organizing Committee decided to ask the views of the people.

In 1977, Vasily Peskov, the anchor of the popular TV program V Mire Zhivotnykh (In the World of Animals), asked his viewers to choose the Olympic mascot. A similar poll was carried out by the Sovetsky Sport newspaper. About 45,000 people responded to the request, most of them offering a bear for the role. Yet, it took the jury several months to select the specific image.

In the spring of 1977, children’s book illustrator Viktor Chizhikov was offered the opportunity to take part in the competition. He and three other artists produced several hundred sketches. The Organizing Committee selected one and commissioned Chizhikov to prepare a colored image of a bear cub by April 1977. At that time, the bear did not have an Olympic belt; this idea came to the artist later, in August. He rushed to the Organizing Committee and added the belt to the original picture. After that, a closed exhibition was held in Moscow, featuring 60 different options for the 1980 Olympic mascot. International Olympic Committee President Michael Killanin, who visited the exhibition, was struck by Chizhikov’s picture. He stopped opposite it, exclaiming: “Why, here it is! Wonderful, thoroughly delightful!” On Sept. 23, 1977, the artist got a call from the Organizing Committee and learned that his picture was selected. On 19 Dec. 19, 1977, the bear cub was formally announced as the Olympic mascot.

The International Olympic Committee (IOC) does not have any special regulations governing the mascot selection procedure, leaving the choice up to the organizers. It can be a person, an animal, or a fairy tale character reflecting the culture of the hosting nation and symbolizing the values of the Olympic movement. Yet certain formalities must be observed: The selected mascot has to be approved by the IOC Executive Committee as a legally protected Olympic symbol.

Watch more on the topic: