Another Russian tourist faces imprisonment in India over expired visa 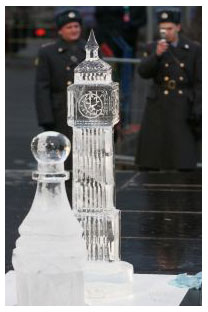 Rusanov was arrested in the Pernem district in the north of Goa. His visa expired up to two months ago, along with his passport.

"The court held several hearings, on which results he [Rusanov] was sentenced to a year in prison and 10 thousand rupees fine," the spokesman said.
The judge cited an inadequate behavior of Rusanov as a reason for the decision.

"We will look for ways to help the man to appeal to be freed," the spokesman added.

Ilya Rusanov became the second Russian tourist who got such a severe sentence for a violation of emigration laws.

Usually the tourists in Goa with the expired visas pay $100-fine and leave the country
A court in Goa sentenced Alexander Solomin also to one-year imprisonment over the expired Indian visa.

He was arrested on May 29 after he came to police to get the exit permit. The court passed a guilty verdict in three weeks. Solomin was put behind the bars before the text of the verdict was unveiled.

This crime is considered to be major since it was against Indian nation, the verdict, announced said.

"Usually such cases last for years, but in this case it took 21 days from the arrest to the hearings...It is absolutely inconceivably why the expired visa was called a crime against nation. After all, Solomin is not Pakistani, Russia and India have good relationship," a local lawyer, Vicram Varma said.