Dousing the flames of drought 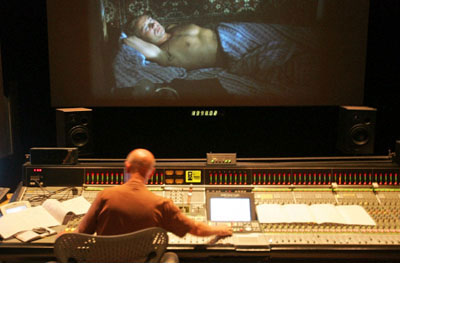 A farmer checks ears of barley in a field near the village of Uzunovoin Moscow region. Photo by Ivan Sekretarev, AP

Russia’s hottest summer in decades and the worst ever drought has withered millions of acres of crops, elbowing the world’s third largest exporter of wheat from the global grain market. The sharp dip in grain production, which has fallen to 60-67m tonnes from 97m tonnes last year, has led to a controversial export ban, driving up global as well as domestic prices. But there won’t be a serious food crunch for Russians as inventory supplies of 17m to 20m tonnes, shored up after last year’s bumper crops, should take care of consumption expected to be around 71m to 75m.

The drought has, however, hit hard Russia’s hard-earned position in the global grain market. The country exported 21.4 million tonnes of grain abroad last year. Only a few months ago, the country was seeking out new grain markets and flaunting an export potential of 30m to 40m tonnes. Japan, Indonesia and Brazil were set to be added to an impressive list of Russian grain buyers, which includes countries in the Middle East, Africa and Europe. Russia's grain share in the Egyptian market rose from virtually nothing in 2000 to 60% last season. But fearing domestic discontent over rising prices, the Russian government banned grain exports until the end of the year and temporarily froze its grain market expansion plans.

“The searing heat and drought have hit our export potential hard. We had been looking out for additional sales markets that would allow us to sell as much grain as possible to whomever we choose, but now any possibility of that happening has bit the dust,” Russian Grain Union president Arkady Zlochevsky told RIR. “If any export prospects come up, then they will probably be for selling to the Middle East and Africa,” he says grimly.

The recovery is not going to be easy and the country won’t be able to return to the global grain market before the next autumn. This forecast is, of course, based on the prospects of bumper crop next year.
But the government is not unduly worried about losing export markets. Curbing prices and meeting domestic demands are its twin top priorities. Prices are rising despite experts' claims that there is no grain deficit. If one looks closely, there a sharp deficit in the buckwheat and feed grain markets. Buckwheat crops died out and there is really nowhere to import the grain from. Retail prices for buckwheat, enjoyed by Russians for breakfast or as an accompaniment to meat, have more than doubled, and a number of large retailers have seen the grain disappear from their shelves.

The feed grain deficit is estimated to be roughly 3m to 6m tonnes. The intervention fund holds just 3.5m tonnes, while hay, the alternative, was not stored up because of the summer heat and drought.
Domestic prices fell by 10% after grain exports were banned. The government, along with the federal antitrust service and prosecutor's office, is threatening to punish anyone who hikes prices. For example, representatives from the antitrust service's regional division in Moscow are trying to prosecute several bread companies.

Large retail chains are also trying to stand up to attempted spike in prices, as they are the first to face customers' wrath. For example, The Seventh Continent, a grocery chain, has suspended its business with Danone and Unimilk, two dairy companies that have sent prices soaring. Although Russia's dairy market is well diversified, its options are not infinite: producers are using the drought to justify grain and flour price hikes, requiring chain retailers to follow suit.

To cushion ordinary Russians from hardships, Russian President Dmitry Medvedev has taken a slew of mitigating steps to control prices. He has asked the government and large state banks to provide financial aid to drought-hit farmers. Efforts are on to firm up an economically efficient and viable agriculture risk-insurance system. Just one-fifth of Russian crops were insured this year. The president also ordered a review of possibilities for refinancing, reconstruction and extending existing loans, in addition to prolonging lease payments.

Experts point out that although initial panic in the markets has died down, it could have been avoided in the first place if the goods intervention mechanism and fund had worked. Any possibility of intervention has been put off until October, by which time it will become clearer just how much grain had weathered the drought. Grain prices will continue to rise as long as no intervention takes place, warns Andrei Sizov, executive director at the SovEcon Centre.

No global grain deficit on the cards
The global grain prices will remain stable unless another major upheaval occurs. Russia's drought has already driven up world grain prices by $30. Russian grain imports, coming exclusively from Ukraine and Kazakhstan, will almost double up to 2.5m tonnes to meet domestic demand. A deficit in the global market is, however, unlikely. The bad news, from the drought in Russia and Kazakhstan and grain shortages in Western Europe and Ukraine, has been compensated for by good harvests in the US and France.