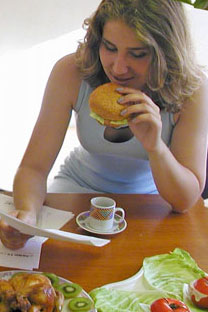 Jim O'Neill, chief economist at Goldman Sachs, famously predicted that the GDP of the fast growth Bric countries (Brazil, Russia, India, China) will overtake the developed world sometime in the next 15 years, but following the humongous $22bn IPO of China's AgBank in June - the biggest public offering ever — emerging markets IPOs have already overtaken the west in terms of issuances for the first time.

Public offerings in the west have been decimated by the crisis as money is scare and investors remain nervous about the possibilities of a so called double dip - a second round to the crisis that hit markets in the autumn of 2008.

But so in the rapidly recovering markets of the new world. Indeed, the so-called "global" crisis is a misnomer in that the only countries that facing a real crisis are almost exclusively in the developed countries of the northern hemisphere; the rest of the world experienced a nasty external shock, but even Russia, which suffered worst than its peers, is now bouncing back strongly, while the growth in China and India barely missed a stride.

So far this year the world's largest IPOs have come from Asian and developing countries. The top 10 offerings of the year include firms from China, Russia, Poland and India, none from the U.S. and only one from Western Europe, in Spain.

AgBank was the biggest to date but Russia's aluminium giant United Company RusAl also pulled off a record breaking $3.2bn IPO in February. Capital is moving eastwards and rather than float in London or new York, which have been the traditional homes to multi-billion dollar floats, tellingly RusAl chose to list its shares on the Hong Kong exchange. Lawrence Fok, the vice president of the exchange, was ecstatic and predicted in a conversation with bne that Hong Kong is set to challenge both the London and New York Stock exchanges as the world's premier financial market in the coming years. At least one more Russian company, iron ore miner Aricom, is expected to float in Hong Kong this year and half a dozen Russian companies are actively studying the market ahead of potential floats.

The IPOs are only the tip of the iceberg. Analysts in the eastern capitals are predicting that capital will start flowing down hill from the large western markets to the east in the second half of this year, simply because there is little chance of making profits at home.

Emerging market funds easily out performed the developed world in the last decade with most putting in triple digit returns, while the established markets lost an average of 20%, according to fund managers in Moscow. And they look set to repeat the trick in coming decade too.

Despite the strong growth and far superior macroeconomic fundamentals, stocks in emerging markets suffer disproportionately from the instability that has wracked most bourses over the last six months; when sentiment turns sour, portfolio investors tend to sell their emerging market shares first.

The MSCI BRIC index has lost 9% this year, weighed down by the 26% decline in Chinese stocks on fears of overheating and tighter monetary conditions. The Indian index was up, but only by 1.78% in the first six months of this year, while Chinese and Russian markets saw declines of 7.68% and 11.05%, respectively, and Brazil recording the biggest fall of 16.46% over the same period, MSCI BRIC reports.

However, the funds investing into these countries have significantly outperformed the indices with Russian funds returning the most. Russia-focused funds broke a four-week streak of inflows in July but still finished at the top of their peer group for the first half of 2010, data from Emerging Portfolio Fund Research shows. Over the first six months Russia has drawn in the most money amongst the Bric countries, attracting $2bn in new money against China's $1.2bn, the second best performer.

"On average, Russian equities are more lowly rated relative to their emerging market peers," Uralsib brokerage said in a research report. "The low valuation does not, in many instances, reflect the recovery now taking place, and the risk premium is excessive."