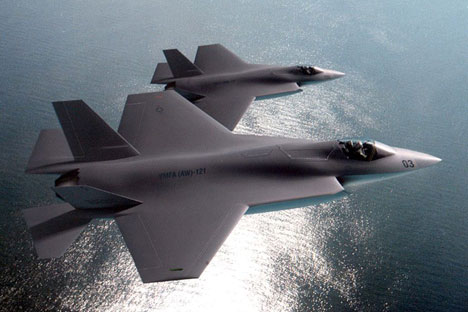 Mr Korotchenko stated: “Experts at CAWAT believe that export demands, under the current production plan for the advanced frontline aircraft system (PAK FA), will lead to Russia’s building at least a thousand Sukhoi jet fighters. Moreover, the Russian air force, should the country’s economic growth scenario not sour things otherwise, is expected to order at least 400-450 units from 2020 to 2040.”

He added that the PAK FA fighter jet’s only realistic competitor in the foreseeable future is the F-35 Lightening II, since the heavy-weight version of the American 5th-generation F-22 will barely find any demand on the world arms market because of its astronomical price tag (around $250m per fighter jet at export).

The PAK FA programme’s only current foreign partner is India, which plans on having at least 250 5th-generation fighter jets in its air force’s combat strength

Mr Korotchenko also pointed out that delivery dates, volumes and buyers still could change depending on how international events develop and where volatile areas might arise in different parts of the world in future.