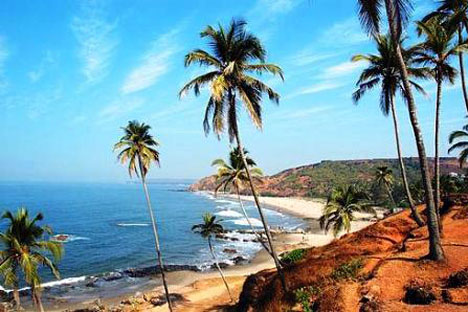 Authorities of India’s popular tourist destination, Goa, launched a campaign of confiscation of property acquired by foreigners. One of the first people whose land ownership was affected was Leonid Beizer, a citizen of Russia. Mr. Beizer argues that the local authorities are illegally confiscating land worth up to $7 million as part of the local election campaign. State officials said that they are inspecting 200 more properties, belonging to Russian and British entrepreneurs.

The launch of the investigation campaign of the conditions under which foreigners had acquired more than 200 non-movable assets in Goa was announced by the Chief Minister of the state, Digambar Kamat. The officials drew their attention to the land, purchased by Russian and British citizens. According to Mr. Kamat, four properties in the popular towns of Anjuna and Morjim, which were acquired “in violation of the foreign currency law”, have already been confiscated. They include a land area belonging to Russian citizen Leonid Beizer. Chief Minister of Goa, Gigambar Kamat, warned that “the investigation, accompanied by confiscations will continue to be carried out with particular assiduity”.

India’s tourist destination of Goa, famous for its long beaches and relaxed atmosphere, is a major attraction for Russian citizens, many of whom relocated there in the 1990s and 2000s. According to the statistics compiled by the Russian Union of Travel Industries, the number of Russians who traveled there on a tour package alone was 64,000. Meanwhile, Goa sees a total of 2.5 million tourists annually, who are mainly from Great Britain, Israel, and Russia.

Mr. Beizer, one of Goa’s long-term residents from Russia, told Kommersant that in 2006 foreigners were allowed to buy property and his company, True Axis, was one of the first Indian companies with foreign capital to buy three lots in Morjim with the total area of 0.44 hectares. The businessman invested $250,000. “When the price of land increased tenfold, the authorities started turning us into a ‘Russian mafia’, in order to take it away,” he recalls. “The officials needed me for as long as I kept paying bribes, but now they are looking for new confiscation schemes.” The businessman’s lawyer, Vikram Varma, told Kommersant that the state’s authorities had amended legislation, after which most of the purchased territories became agricultural land. The fact that foreigners are not allowed to farm in India, and not in violation of foreign currency laws, according to the lawyer, was what caused the reason for confiscation. “After all, land resources were transferred to local authorities, they tried running my client out of business,” says Vikram Varma. Meanwhile, the victim himself is more categorical: “Land is being confiscated unlawfully. First, officials are trying to destroy Russian companies – of which there are about ten, and then they will start working on the British”.

The businessman is linking the current campaign with upcoming elections in the state. According to his sources, 480 landlords are experiencing similar problems with officials. Among them is Artlibori Resort, a company belonging to Leonid Beizer’s partner, which built a 12-room hotel on an area of 1 hectare. The businessman estimates the total property value of True Axis and Artlibori Resort’s combined assets to be $5-7 million. Attempts to receive an explanation from the Enforcement Directorate of the Department of Revenue of India’s Finance Ministry were to no avail: the officials continued transferring Kommersant’s reporter from one phone line to another, until the work day had ended.

Note that in 2007-2008 Leonid Beizer’s name was part of another property-related scandal. Russian businessman Sergey Ivanov publicly accused him of fraud though the Indian media and on morjim.com. The matter of dispute was the same land, which is today being contested by Goa authorities. Goa’s long-time residents from Russia recall that a large banner appeared over the highway at the Goa airport, which read in Russian “Go to …morjim.com”. However, Mr. Beizer told Kommersant that the scandal with his “former partner” Sergey Ivanov has long been settled and has nothing to do with the current problems. Vikram Varma has already appealed the actions of the Goa authorities to the New Delhi Tribunal but, according to him, the local authorities informed him that they will continue to confiscate land without waiting for a decision of the court.