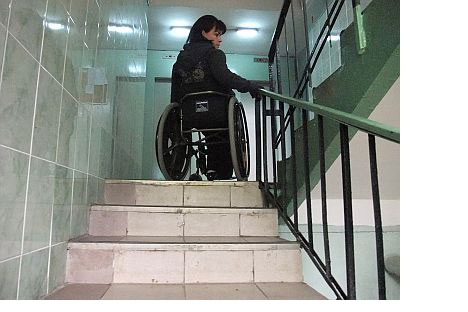 Konstantin Sivkov is the first vice president of the Academy of Geopolitical Issues, Captain 1st rank and Doctor of Military Sciences. The interview is held by Samir Shakhbaz.

Konstantin Sivkov: You have raised an important issue. The phenomenon of terrorism as such is blown out of proportion for a reason. Over the last 10 years the losses from terrorism are not more than seven to ten thousand people, whereas the toll from U.S. expansion in Iraq and Afghanistan is several times higher. The United States is exaggerating the threat of terrorism in a bid to justify its military expansion and secure its military supremacy in the world. Terrorism is merely a method of waging struggle, no more than that. It is necessary to counter the political forces that use terrorism for political gain rather than terrorism as such. Therefore, terrorism cannot be defeated under the current conditions.

Are you saying there is no need for anti-terrorist exercises then?

Konstantin Sivkov: No, it is still necessary to counter the manifestations of terrorism and minimize the losses incurred by it. These anti-terrorist exercises are aimed not at suppressing terrorism but at preventing all kinds of velvet revolutions in the post-Soviet space, like those in Ukraine and Kyrgyzstan. These exercises are directed at creating conditions in which the SCO coalition forces could achieve stabilization in the post-Soviet space and Eurasia as a whole, and in this respect they are absolutely necessary.

Does the West, primarily NATO, have reason to worry? Can the SCO oust NATO in Eurasia?

Konstantin Sivkov: No doubt, this is a very serious sign for the West. The events in Kyrgyzstan were engineered by U.S. secret services. When Kurmanbek Bakiyev was president, depots with weapons designed for the opposition against him were found. Therefore, we should clearly realize that U.S. secret services are actively trying to strengthen their position in the post-Soviet space, not shying away from any methods. So the emergence of the SCO with its efforts to suppress these activities is enough ground for the West’s concern.

I’d like to talk about cooperation between the SCO and the Collective Security Treaty Organization (CSTO). They have signed a memorandum of understanding. In principle, they have largely similar goals. Could they merge into a single organization in the future?

Konstantin Sivkov: The CSTO embraces the post-Soviet space and ensures security in it. In simpler terms, this is a union of former Soviet republics that do not want to be economically self-sufficient and cannot guarantee security on their own. This is why they have united, to ensure military security on the principles that existed in Soviet times. As for the SCO, it was conceived as a strictly economic organization designed to create favorable conditions for economic activity in Eurasia – from the borders of Russia to the southern frontiers of China. However, the objective reality, that is, the growth of military threats and threats of a terrorist, political or separatist nature has compelled the SCO member states to take the efforts to guarantee military security within their organization. I think these two organizations will co-exist for a long time. They may merge into one only after they find ways of uniting not only militarily and politically, but also on economic and moral grounds. However, for the time being, they are beset with many specific problems, which prevent the unification of these two organizations.