Voice in the wilderness 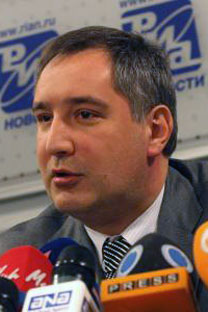 NATO officials in Brussels, opposed to the destruction of poppy fields in Afghanistan, argue that such an action could radicalise local poppy growers, who would lose their businesses and incomes in the alleged absence of practical alternatives to poppy cultivation. In the end, the desperate farmers would be prompted to join the Taliban, NATO officials warn.

Meanwhile, the Russian mission to NATO dismisses this argument, suggesting another reason for NATO’s reluctance to support anti-drug efforts in Afghanistan. European governments believe that participation of NATO soldiers in the destruction of poppy plants would increase the number of army casualties, affecting public opinion and prompting angry voters to demand troop withdrawal and government resignation. “This is a purely political interest of European governments,” believes Dmitry Rogozin, Russia’s permanent ambassador to NATO. “They are also reluctant to tackle the problem because it is not Europe but Russia that suffers the most from heroin trafficking. For European officials, meddling in this problem is fraught with risks to their political weight and position.”

Like with any illicit good, is very difficult to accurately estimate the flow of Afghan heroin into Russia. It can be neither counted nor weighed. The volumes of Afghan heroin can only be judged from intelligence and from what is seized by Russian customs officers, border guards and others forces defending the Russian frontier. According to Russia’s mission to NATO, heroin trade volumes have now stabilised due to huge reserves accumulated in transit countries, which ensure stable prices for buyers, producers, traffickers and dealers. All those involved in the drug industry are interested in such stability to maintain the optimal supply/demand ratio. “This is where the market economy works perfectly, unlike any other mechanism,” Rogozin explains. “Today, heroin supplies to Russia cover most of the drug market and tend to expand, sidelining softer and less hazardous drugs. Heroin is a killer-drug, and it dominates the Russian market.”

Breaking the wall of silence

Speaking at the NATO-Russia Council meeting in Brussels in March 2010, Viktor Ivanov, Director of the Federal Drug Control Service, proposed creating an anti-drug coalition and providing international forces in Afghanistan with a UN mandate to destroy drug fields. To his surprise, he met with a cool response. According to Rogozin, NATO officials are discussing the results of this meeting, as well as the results of a recent Moscow conference on the fight against drug trafficking. Hosting that conference, Russia “used public diplomacy to break the wall of silence around this rampant problem,” as Rogozin put it. Yet, he doubts that NATO would act in line with Russia’s interests.

As for Americans, they show little concern for the problem as the bulk of Afghan heroin bypasses their country, according to Rogozin. The main drug challenge faced by the US is cocaine from South America, and the US authorities are coping effectively, using special operations, special units and chemicals to combat the cocaine threat. Therefore, the fight against Afghan heroin, which threatens Russians, is not a priority for US forces in Afghanistan.

“This is a remarkably short-sighted approach on the part of our NATO colleagues,” Rogozin stressed. “Drugs are sold both in Russia and in Europe, generating profits. The money then goes to Afghanistan to finance insurgents fighting against NATO. They use the cash to buy explosives, weapons and ammunition. In other words, the money growing in Afghanistan’s poppy fields will then shoot at and explode European and American soldiers. This is what they cannot comprehend. Even if they do, this is not so important for them as public opinion will fail to grasp the entire logic chain, from poppies to explosives.”

“Any requests from our partners regarding the Afghan problem should be conditioned on their more active position in response to Russia’s calls for a joint fight against the heroin threat,” Rogozin is convinced.

He also pointed to Russia’s inestimable assistance to Afghanistan by forgiving its public debt, which was vital for the country to qualify for international support. In its time, Russia also provided huge assistance to the North Atlantic Alliance, which liberated Kabul from Taliban fighters, clearing the way for coalition forces.

Currently, Russia continues to support Afghanistan in a variety of ways, maintaining direct relations with Kabul. Russian experts train drug police, army officers, pilots and other specialists in Afghanistan. Moscow and its western partners are discussing opportunities for increasing Russia’s role in the restoration of the Afghan economy. “We are doing all this and will continue to do this because we are not indifferent to Afghanistan. The country is our close ally, and the sooner its economy is back on track, the more responsible will be Afghan leaders, and the fewer problems we and our children will face in the future,” Rogozin said.

Russia is also helping the international coalition, especially with regard to freight carriage – but not military transport, only civil. “We are helping a lot, but our help is not always appreciated. And what do we get in return? I mean something of strategic importance to us: support in fighting heroin trafficking. Alas, they are reluctant to cooperate. I have voiced my position repeatedly: their requests should be made conditional on their response,” Rogozin emphasised. In other words, the Russia-NATO relations shall be based on the old principle of “scratch my back, and I’ll scratch yours.”

Read also: The war on drugs by Anna Nemtsova