Vnukovo plans up in the air 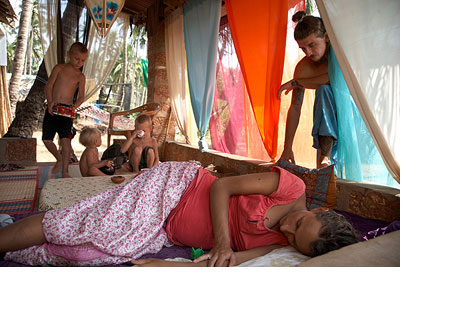 Traffic at the 70-year-old airport shot up 20 per cent last year, while the new terminal which opened this year could support another 7 million passengers a year. But the airport could be forced to close in March for two months to reconstruct part of the runways, Kommersant reports – citing sources close to Vnukovo and watchdog Rosaviatsiya.

Sergei Podolsky, a press officer for the company running Vnukovo, dismissed talk of a closure as rumours, saying that any work on the runway “shouldn’t affect the flights dramatically, as the runway is long”.

“There aren’t any precise plans for reconstructing the airport’s runway in terms of budget and time,” he told. “But if it will be reconstructed it won’t shut the airport completely or significantly influence passenger volumes – we can do it while working.”

Vnukovo-based carrier Atlant Soyuz say they didn’t get notice of the reconstruction plans, but are not opposed to it. “We haven’t decided if we will have to switch our flights to other airports, but we like the idea of developing the airport as it’s our main location for now,” said Atlant Soyuz’s press-secretary Konstantin Rubakhin. “If it happens in a quiet season – February or March – that would be good.”

Utair, Vnukovo’s largest carrier, also sang on key with the airport’s authorities. “We believe these works will help to increase the airport’s capacity but the crosspiece works shouldn’t affect the flights anyway as the runway is long in Vnukovo and the rest of the lane will be enough to use for taking off,” said Andrey Martirosov, General Director of Utair.

The airport hopes to keep expanding – with a target of pushing 18-20 million travelers through its gates by 2015. Yet consumers are already complaining of regular delays.
On Wednesday September 8, at least five domestic takeoffs and one international flight were delayed by more than an hour. One Atlant Soyuz charter plane to Hurghada in Egypt was delayed eight hours.

Tatyana, who was flying to Egypt, was upset to waste a whole vacation day waiting in the airport. “I can’t believe we are so dependent on charter airlines and the airport when holidaying – our kid is very tired already and we still have to wait another five hours till the departure,” she said.

In July, hundreds of passengers of several domestic airlines, including Sky Express, Atlant Soyuz, Vladivostok Avia and Kuban couldn’t fly from the airport for up to 12 hours. Vnukovo representatives refused to comment at the time.

Now the authorities claim that despite the increasing air traffic, all delays are the fault of the airlines.

Meanwhile, discount carrier Avianova has switched from Vnukovo to Sheremetyevo.

The airline said it had no problems with the level of support, but there wasn’t enough potential for expansion at Vnukovo. “Sheremetyevo offered us a dedicated terminal and the space we require for the rapid expansion of our operations, and Vnukovo couldn’t match this,” said Andrew Pyne, CEO of Avianova.

Although Vnukovo has expanded its domestic services, the only foreign airlines based there are low-cost German Wings and Armavia.

The new Terminal A, which has an area of 250 square kilometres, was unveiled for arrivals on July 6 and expects to welcome departures by the end of the year.

“Due to the Moscow government’s support, the construction process didn’t even stop during the crisis,” said Anton Ryzhikov, technical director of Transstroi, the company in charge of the construction.

Analysts say that while it will be the most high-tech terminal in Russia and also the closest to the city, there is a limit to how much the airport can expand.

“Vnukovo still remains a local discounter’s hub, and it won’t be able to draw any international carriers anyway,” said Alexander Kazbegi, a transport analyst at Renaissance Capital. “It can’t compete with Sheremetyevo and Domodedovo.”