The end of the Luzhkov empire (+video) 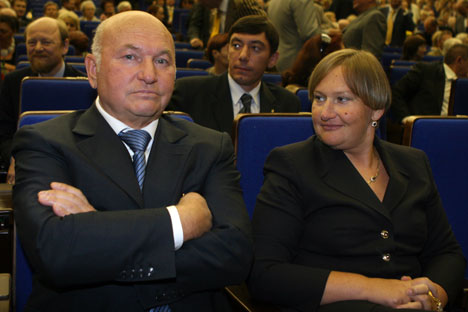 It is enough to ask a Russian what they think of when they hear the name Yury Luzhkov to understand that the man is inseparable from the recent past of the Moscow: from the city’s ring road, the MKAD; to Luzhniki stadium; to the reconstruction of the Cathedral of Christ the Savior, for most Muscovites, he embodies the city’s major transformations of the post-communist era.

But recently the winds of change began to blow for Yury Luzhkov, who has governed the capital since 1992. During the summer, he was criticized for his absence while Moscow was choking in smoke. At the height of his carelessness, he tried to play on the possible conflict between President Dmitry Medvedev and the Prime Minister Vladimir Putin.

The effects did not take long to be felt. This week, Russian television launched a simultaneous offensive against the mayor of Moscow. The attack culminated with a report by NTV affirming that the construction of a highway through the Khimki forest, which provoked violent protests before being suspended by Medvedev, is due to the fact that the alternative route would affect the interests of the construction company Inteko, in which Luzhkov’s wife, Yelena Baturina, holds 99 percent of the shares and serves as CEO.

A family affair
The couple formed by Luzhkov and Baturina is at the center of growing criticism. With tentacles reaching into the fields of construction, chemicals, and even food, the company’s successes have allowed Baturina to rise in the Forbes rankings. In 2010, the magazine named her the third richest woman in the world, with a fortune estimated at $2.9 billion.

Meanwhile, the Russian liberal opposition, which has denounced the Luzhkov system of governance for years,” published a new pamphlet: Luzhkov. Appraisal.. In it, Boris Nemtsov presents a sad accounting of the Luzhkov era, including problems with Moscow’s ecology, living standards and security. In particular, Nemtsov notes that the corruption that reigns in the city’s public works department has forced the price per kilometer of road in Moscow into the stratosphere. According to Nemtsov, the preferential treatment that Inteko receives during the bidding for public projects is directly responsible for this situation, and ultimately harms the people of the city.

Disgrace
In recent years, Luzhkov has seen his popularity plummet; a Levada Center poll published at the end of 2009 showed that 70 percent of Muscovites believe he is corrupt. The situation surrounding the highway through the Khimki forest has again shown the mayor’s willingness to put his own interests ahead of the people’s.

Now abandoned by the Kremlin, as suggested by the recent media offensive, and unable to rely on his personal popularity, Luzhkov’s dismissal of Luzhkov seems to be only a matter of time. But even if his departure would put an end to the more egregious excesses, it cannot replace the advent of a local democracy supported by an increasing number Russians.