If the hospital is bad, then blog it 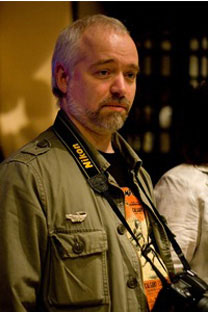 Igor Chersky ran the criticalpozhar.ru site during the firesSource: www.liveinternet.ru

The Web has become the place in Russia to voice one’s criticism of the authorities, and to provoke a response.

It gets old to hear that bloggers are leeching off the decaying corpse of good old honest journalism. Well, here’s a nice example from Russia of how blogging and citizen journalism can change the news agenda.

Vadim Isakov at Global Voices highlights a post by an Israeli blogger with regional roots who posted a photo essay about her experiences in a hospital in Voronezh (she wasn’t overjoyed with the quality of the care). The post was picked up by mainstream news organizations that normally might shy away from such an issue. The mass-market tabloid “Komsomolskaya pravda,” which would normally be preoccupied with reality TV and celebrity scandals, ran a piece detailing the blogger’s experiences, which generated a much broader discussion.

Grassroots activists used the blogosphere to provide relief for people suffering from the fires in Russia. Olga Serebryanaya, who covers the Russian blogosphere for RFE/RL’s Russian Service, points to LiveJournal standouts like the site pozhar.ru and blogs by Igor Chersky and Elizaveta Glinka—Fair Help’s chief physician, who blogs under the name Doctor Liza.

Opposition politics in Russia have become less about political figures or parties, and more about grassroots issues: Witness the car protests or the grassroots campaign against police corruption.

The trickle-up effect (from blogosphere to mainstream media) is especially significant, as it shows how bloggers move further away from being the preserve of an urban, well-connected elite.