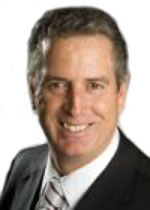 A week of travel with the Valdai Discussion Club in Russia makes one feel as though he were along for the ride on Gogol’s Troika. We were in constant motion on planes, trains, boats and buses from Sochi to Moscow to St. Petersburg and further north into Karelia. The subject of much of our discussions and my further ruminations was Russia’s past and current efforts at modernization, a task that Russian President Dmitry Medvedev has made the top priority for his leadership. Like the metaphor of the speeding troika for Russia that Nikolai Gogol immortalized in his novel “Dead Souls” more than 150 years ago, there is no consensus in Russia about what the latest attempt at modernization should consist of.

The notion of modernization was the main topic of our three-day conference, during which nearly 100 Russian and international experts and journalists on the riverboat Kronstadt discussed “Russia’s History and Future Development.” Two striking impressions emerged from these discussions. First, there was no agreement about the definition of modernization. Some participants emphasized the importance of diversification of the economy away from its heavy dependence on the export of hydrocarbons and other natural commodities. Often this was tied to the notion of re-industrialization with a particular emphasis on high technology and innovation. Others put a higher priority on the improvement of governmental, social and economic institutions to improve efficiency and raise Russian competitiveness. Others placed at the forefront attention to the development of human capital.

The variety of interpretations reminded me of the late U.S. Supreme Court Justice Potter Stewart’s famous line about hard pornography, which I paraphrase as “I can’t define it, but I know it when I see it.”

The second observation was that the Russian participants were far tougher in their assessments of Russia's modernization as well as its future prospects than their foreign counterparts. This was a departure from the past Valdai norm (this marks the seventh annual meeting) in which foreigners, mostly Europeans and Americans, were far harsher in their assessments of Russia and government policy than Russian participants. Even the venerable Harvard historian Richard Pipes was more generous in his assessment of positive change in Russia over the past decades than his Russian colleagues. Perhaps this reflects a more diverse Russian group of participants than in the past. It is also natural that citizens of Russia would be more impatient for modernization than outsiders. There is also a sense that when it comes to Medvedev’s modernization, there is a lot more talk than action.

I find myself virtually astounded by the degree of progress since I started coming to the Soviet Union in 1979. And what are the key features that lead me to that conclusion? First, Russia is far more connected and integrated with advanced global processes; indeed Russia is more open to the outside world and its influences. Secondly, a higher proportion of Russians are enjoying a higher relative standard of living than at any time in their thousand-year history. Resources are being allocated in more efficient ways that are more responsive to price signals and market forces. When I was told that Russia’s de-modernization could be tracked by such an indicator as the drop in the production of Russian cars and many other manufactured goods from 25 years ago, my response was that today more Russians are driving better cars—foreign and Russian.

This gets to what I see as an often fundamental misunderstanding of what is modern in the Russian context from an economic perspective. There is a tendency to associate modernization of the Russian economy with diversification away from reliance on the production and export of energy and natural resources. True, such reliance leaves Russia vulnerable to the unpredictable vicissitudes of energy and commodity prices. It is also true that heavy reliance on energy resources often has deleterious effects on the quality of democratic development and political institutions and contributes to higher levels of corruption. But the hard fact of the matter is that energy and natural resources will remain Russia’s principal economic comparative advantage for a long time to come—at least through the middle of this century.

In 2008, high-technology sectors comprised about 3 percent of Russian GDP and about 10 percent of its industrial output. There is certainly room for growth, and this should be encouraged by the Russian government, but these sectors will not comprise the principal growth drivers for the Russian economy. As Keith Crane and Artur Usanov conclude in their excellent analysis of the role of high-tech sectors in the recent book “Russia after the Global Economic Crisis” (co-edited by myself, Anders Åslund and Sergei Guriev): “The economic drivers of the past decade will remain the more important drivers of growth: rising productivity across all sectors; growth in services, especially financial and business services; retail and wholesale trade; telecommunications; and government expenditures financed by taxes on exported energy.
And do Prime Minister Vladimir Putin and Medvedev agree about how best to promote modernization in Russia? One senior Russian government official assured us that they do, although they sometimes use different vocabularies and accentuate different aspects of modernization. He elaborated by noting that Medvedev has a broad approach to modernization that includes social and political modernization required to facilitate economic growth. Putin, on the other hand, views modernization as a long historical process in which it is essential to maintain political and social stability in order not to destroy the political-economic order in which modernization is taking place. While these two perspectives are not necessarily contradictory, it is hard to imagine modernization not having a significant impact on the existing political-economic order, since at its heart this process requires reform and greater efficiency of key state, business and societal institutions.

For social scientists, Russia remains a paradox of modernization theory. One of the key postulates of modernization theory is that as a country’s per capita GDP grows, and the level of $10,000 is usually noted as a breakthrough point, it becomes more democratic—or at least its political institutions become more plural. So far Russia is defying this law (for which there is a wealth of evidence from East Asia to Europe to Latin America over the past several decades). For 10 years, including the blip of the recent financial crisis, Russia’s per capita GDP has grown and surpassed the $10,000 milestone, but Russia is no more democratic, corruption has grown and there is little evidence of improved state institutions. This can probably be explained to some extent by Russia’s unusual status of being the largest world economy dependent on energy and natural resource exports. A number of Russians at the conference suggested that China’s growth supports a new paradigm of authoritarian state-led growth. Perhaps, but despite its enormous achievements, China’s per capita GDP remains far below the $10K milestone, so I would hold off on writing off modernization theory at this point.

However one defines modernization, it seems incontrovertible that it is taking place in Russia, even if the pace is not satisfactory to much of the Russian political elite. The role of reliance on energy and natural resource exports is not so clear cut as many suggest. Imagine if Russia were not blessed with enormous natural resource wealth; would it be more “modern”? The only thing I can say for sure is that it would be a lot poorer, and likely the political entity we know of as Russia would not exist in the form it is today, if at all.

Andrew C. Kuchins is director of the Russia and Eurasia Program at the Center for Strategic and International Studies in Washington, D.C.