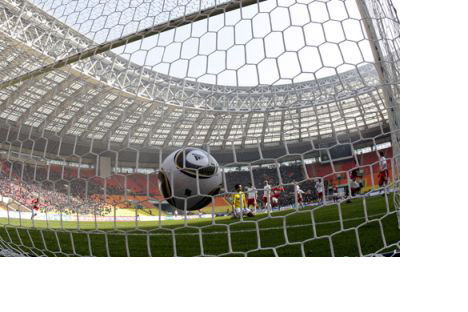 “Ancient and forever young,” as the mayor of Yaroslavl evocatively describes it, the city is home to splendid cathedrals, museums and World Heritage buildings. Yaroslavl literally breathes history, but blends modernity with effortless ease. The city, home to the world's first female cosmonaut Valentina Tereshkova, poet Nikolay Nekrasov and actor Fyodor Volkov, recently played host to some of the world's sharpest minds at the Global Policy Forum.

Located barely 250 km north-east of Moscow, Yaroslavl was founded in 1010 by Prince Yaroslav the Wise at the confluence of two rivers when he killed a local sacred bear with his battleaxe. Over the years, merchants and industries gravitated towards the city, making it the biggest city in Russia’s “golden ring.”

Yaroslavl is a veritable delight for anyone wishing to soak in Russian art, craft, musical and cultural traditions. This is the place where the first national public theater and the first provincial journal appeared. The city boasts of the famous “Tale of Igor’s Campaign” manuscript and has three out of the 20 most ancient and important icons. The early 16th century Transfiguration Cathedral, Yaroslavl’s oldest surviving church, has been freshly painted white and gold. Besides gold-backed icons and colorful ceramic tiles, visitors can see a live bear called Masha in a cage, or a room full of chain mail and stone images, representing a 12th century epic poem. You can also climb the towering belfry and enjoy the breathtaking view across the city and its two rivers.

The millennial celebrations have given a new shine to the historic city. The peninsula at the confluence of the Kotorosl and Volga rivers has turned into a "Thousand Year Anniversary Park." On the cliffs above, the legendary site of the city’s founding, Yaroslavl’s latest cathedral, named for the Assumption, a splendid reconstruction of a previous church, was opened recently. The cathedral is just one of several large-scale projects planned or completed specifically for the millennium, including new cultural centers, zoos, golf courses and hotels. “A lot of our visitors are involved in building projects,” says Paulina Chernobaeva, manager of Ring Premier Hotel. For her, Yaroslavl is perfect: “Big, but not too crowded with a lot of very beautiful, old churches.”

On the bank of the Volga River, the Historical Museum is opening a new exhibition, reviewing 1,000 years of history through materials from the national archives, while the Art Museum, in the nearby Governor’s Mansion, celebrates Yarolsavl’s “golden age” with yet more icons. In between the museums on the Volga embankment are some of the town's beautiful churches like The Church of St Nicholas and the Church of Elijah. Opposite this church, the Yaroslavl Region administrative center is bedecked with anniversary banners.

The millennial frenzy has spread its magic. Even the 10 ruble bus tickets have turned silver with “Yaroslavl 1,000 years” printed on them in red. The Music of Time continues to resonate, weaving the past, and the present. “You can feel the history,” said Chernobaeva, “when you walk in the city streets, you can feel it.”

How to Get There
The journey from Moscow to Yaroslavl in a spacious, comfortable express train takes four hours and costs around 600 rubles ($20) each way. The city’s public transportation network is excellent. The number six trolleybus goes from directly outside the main station to the Transfiguration Monastery. During the summer months, of course, you can also arrive by boat.

Where to Stay
The 4-star Ring Premier Hotel is between the main station and the town centre. Standard rooms cost around 4,000 ($125) rubles per night. http://ringhotel.ru/en/ For a more atmospheric place, check out Volga Pearl hotel, built like a boat. http://riverhotel-vp.ru/index_eng.php?page=1002

Where to Eat
The Vanilla Sky, right next to the River Station at 2 Volzhskaya Naberezhnaya (4852/333776) is a good choice is known for fried pikeperch with wild mushrooms (400 rubles/ $12). Or try the cheaoer Tai Tai café, just across the embankment.