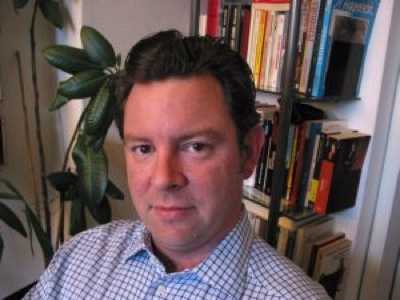 The conventional image of Russia is a country of a few super-rich oil barons and more than 100 million paupers. Despite having more dollar billionaires than almost any other nation, the inequality in Russia is growing more slowly than any of the BRIC countries and incomes are more evenly distributed than in the United States.

Over the last decade, the rich in the United States became richer a lot faster than the poor became less poor, as shown by the gini coefficient for U.S. household wealth, which rose from 40.8 in 1997 to 45.0 in 2008 (the last available data), according to the Central Intelligence Agency’s World Factbook.

In Russia, the rich certainly got a lot richer over the last 10 years, with the well-connected business elite becoming some of the richest people on earth. However, the decade-long economic boom that started after Vladimir Putin became president meant that the poor moved toward middle class status even faster. Russia’s GDP increased 7.5-fold over the last decade, from around $200 billion to $1.5 trillion; at the same time, average wages increased 14-fold over the same period, from $50 to around $700 a month. “So the proportion of GDP accrued by labor has increased a lot. Some high-profile Russians have gotten very rich not from labor but from capital, yet they took that not from other people but from the state,” Liam Halligan, chief economist at Prosperity Capital Management, said.

Russia’s gini coefficient rose from 39.9 in 2001 to 42.3 in 2008 e_SEmD lower than the United States in both relative and absolute terms, and a lower value than any of the other BRIC countries.

Russia does so well on a gini coefficient basis in part because everyone was given their apartment following the collapse of the Soviet Union, which must count as one of the largest transfers of wealth from a state to its people in history. Until recently, no one could tap this money locked up in bricks and mortar. But with the volume of mortgage loans now doubling every month since the start of summer, this wealth is becoming accessible.

Critics of the gini coefficient say that Russia’s rich have hidden most of their money offshore, but this is partly offset by the fact that most of Russia’s poor also hide their money under the mattress; only one in four Russians have any kind of bank account. The effect of this rapid growth in the wealth has been dramatic. If the same growth were to happen on President Barack Obama’s watch, the U.S. per capita income would go from the current $40,000, according to the CIA, to $560,000 over the next eight years. Any president who delivered that kind of wealth increase would not only be re-elected, he would be canonized.

The emerging middle class has the most to lose from bad government. The Russian population has quietly borne the pain of transition for most of the last 19 years, but over the last year a growing number of protest movements have emerged.

These range from the silly to the serious: Some drivers have taped plastic blue buckets on their car roofs to mock the blue flashing lights bought by rich businessmen so they can routinely ignore traffic laws. Strategy 31 demonstrators meet on the 31st of the month to protest the state’s refusal to allow free assembly guaranteed by article 31 of the Russian constitution. The gay rights movement is becoming more visible, and the Kremlin has several times been embarrassed into action by online outrage in Russia’s blogosphere. In the latest example, Russian President Dmitry Medvedev stopped the construction of a highway through the Khimki forest following a public protest.

Both Putin and Medvedev are now talking about the need to promote civil society. Medvedev’s decision to cancel the Khimki road and Putin’s road trip across Russia in a Lada in August show they are both increasingly concerned about maintaining popular support. The Kremlin is already attempting to play a delicate game, balancing the easing of centralized control while at the same time monitoring popular opinion.