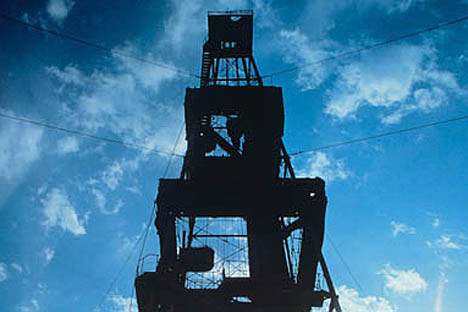 Russia's Federal Agency for Management of Mineral Resources has revealed "serious reasons for rejecting" bids by almost all the companies in an auction for the giant Roman Trebs and Anatoly Titov oil deposits in the north of country, Kommersant business daily said.

The paper quoted analysts claiming that the reasons for rejection were formalities and if utilised, would mean that results of the tender were predetermined or it would be deliberately cancelled.

The opening price for the auction scheduled for December 2 is 18.171 billion roubles ($606 million). The Trebs and Titov deposits are among the most promising in Timan-Pechora province with C1 reserves estimated at 78.9 million tons (578 million barrels) and 63.4 million tons (465 million barrels) of oil respectively.

Kommersant quoted a government source saying that a bid by Bashneft, an oil division of AFK Sistema holding company belonging to billionaire Vladimir Yevtushenkov, had the least number of faults - the company had not presented its state registration certificate granted before 2002, which was never been a serious reason for refusal.

A bid by Gazprom Neft, the oil arm of Russia's state-controlled gas monopoly Gazprom, lacked the approval of the company's board or shareholders to participate in the sale, while LUKoil-Komi, a subsidiary of Russia's top private oil firm LUKoil, has failed to present validation of accounting reports.
A bid by Surgutneftegaz, the country's fourth largest oil producer, lacked the confirmation of funds to develop the fields.

Nord Imperial, part of India's ONGS, has also failed to present the approval of the company's board or shareholders. Kommersant said that Federal Agency for Management of Mineral Resources believed the company may not have enough funds not just to develop the fields, but even to make the initial payment.

Samotlorneftegaz, TNK-BP's largest subsidiary, has presented documents from only one bank and failed to confirm its staff qualifications.

TNK-BP, Surgutneftegaz and Gazprom Neft declined to comment, Kommersant said, adding that LUKoil said it had presented all necessary documents. Nord Imperial was unavailable for comment.

Metropol analyst Alexander Nazarov said that it was almost impossible that just one company would participate in a tender for such large deposits, that is why the auction could be cancelled. If the auction failed, the list of bidders could be updated with the addition of Russia's largest oil company state-controlled Rosneft, which has refused to bid so far.