Time to come back home 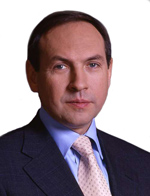 The Russian diaspora, globally speaking, is one of the largest. Several waves of emigration throughout the turbulent 20th century have increased the number of Russian-speaking people living abroad so much so that there are now almost as many of them as there are people living in Russia. Unlike a classic diaspora, Russian emigration was not caused by international events, but rather by domestic devastation: people were banished by their fellow countrymen or fled unbearable living conditions. Therefore, for several generations of emigrants, Russia has remained either a hell they happily escaped, or a paradise lost.

Having said that, the Communist authorities and many ordinary Russians saw emigrants as aliens, or even traitors. Now the time has come to unite not lands, but people, scattered over countries where they continue to make important contributions to scientific, cultural, and economic development.

This is a daunting task that requires targeted efforts that address each and every wave of emigration’s intricacies. There were five such waves of emigration in total. The first wave took place before the October Revolution when, by 1914, there were 1.25m Russian emigrants, mostly Jewish, in New York alone. The second wave was the exodus of Russia’s surviving elite and White Army officers following the bloody revolution of 1917 and the ensuing civil war. World War II caused the third wave, while the fourth came in the Seventies and Eighties when Jews left for Israel en masse. The fifth wave, after the collapse of the Soviet Union, saw people leaving mostly for economic reasons.

In the minds of many, the post-1917 wave of emigration seems to be the most significant and symbolic one. General Pyotr Vrangel, CO of the anti-Bolshevik White Army, was forced to evacuate his volunteer army 90 years ago from the Crimea after the Red Army took the Perekop Isthmus. Vrangel entrusted his army’s fate to French allies who promised protection in exchange for Russian ships. In all, 150,000 people, including 50,000 soldiers, sailed from Sevastopol for Istanbul, Lemnos, Gallipoli and Bizerte in Tunis.(The other 100,000 were the wounded and civilians who feared falling victim to the Bolsheviks.)

They believed in their cause, and hoped to return to Russia as soon as possible to defeat the Bolsheviks: they never did. The allies cut off financing, and those strapped for cash fled to Prague, Belgrade, Berlin and Paris. Their ships were transported to France or destroyed.

The refugees had their fair share of poverty and deprivation. Aristocrats had to work as shoemakers, taxi drivers and laundresses. The Soviet Union saw them as their arch-enemies; their adopted countries saw them as an annoying burden, or bargaining chips with Moscow. Even many Russian emigrants from the liberal intelligentsia looked down on them as supporters of the hated tsarist regime.

Ninety years later, some 300 people, including the descendents of those emigrants and their Soviet-born compatriots, made a symbolic reverse voyage from Bizerte to Lemnos, Gallipoli, Istanbul, and Sevastopol. It was the idea of the St Andrew Foundation and Centre of Russian National Glory, headed by Vladimir Yakunin.

Émigré offspring are not pleased when being referred to as descendents of the Whites. They hate the USSR abbreviation and all that goes with it, nor are they encouraged by what is going on in Russia today.

They do not quite “get” us, we who were born and grew up in Soviet Russia. They have a different mindset, for they never went to Soviet schools, or saw popular Soviet films. And yet they are true Russian patriots who cherish the memory of their ancestors and stories about Imperial Russia.

I saw tears in their eyes as they formed an honour guard in the heat or prayed near monuments and graves. I heard them expressing words of gratitude to those in modern Russia who built or restored these monuments, found graves and took care of them, and the organisers of the memory voyage.

Meanwhile, many Russians still see emigrants as strangers. Some are more select, disliking this or that wave of emigration – for example, “White” emigration, with its monarchic ideas and patriotism (though this ideology has quite a lot of supporters). Then there are the “Red” patriots, who don’t see anything good in pre-revolutionary or post-Soviet Russia. Finally, many lack patriotic feelings, rejecting Russia’s millennium-long history as a black and bloody mess.

We cannot, however, restore our national unity and heal wounds inflicted by the merciless 20th century if we rely on Red/White patriotism, or if we lack any patriotism at all. It is time to find true Russian patriots, not by turning a blind eye to the dark pages of our history, but by doing our best to build a bona fide future for everyone.

Vyacheslav Nikonov is chairman of the Polity Foundation and CEO of Russkiy Mir Foundation.