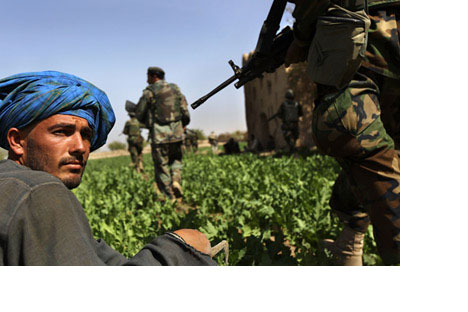 It’s a flying machine that will stretch limits of aeronautical engineering. With a payload capacity of 20 tons and speed of 810 km per hour, the multi-role transport aircraft (MTA) is set to be another milestone in decades-old India-Russia defence relationship that is evolving from a buyer-seller to co-developers of cutting-edge military equipments.

The project has been on the drawing board for quite some time, but it took wings early September when India and Russia inked an agreement to form a $600 million joint enterprise for designing and producing MTA. This plane will first appear in the Air Forces of India and Russia.

The aircraft, which may serve various functions, including that of a fairly economical civilian cargo plane, will be developed by a joint Indo-Russian team of engineers. The first flight of the aircraft is expected to take place within six years. The shareholders' agreement for setting up the joint enterprise include: Hindustan Aeronautics Ltd. (HAL) with 50 per cent ownership; the Russian concern OAK-Transportnye Samolety with 25 per cent; and Rosoboroneksport with 25 per cent. The joint enterprise, to be called MTA Limited, will be registered in India within the next two months. A branch of MTA Limited will be registered in Russia. On the Russian side, the airplane’s de- sign will be managed by specialists from Ilyushin, maker of one of the 20th century’s best transport planes, the Il-76.

According to The Voice of Russia radio, the aircraft would be developed at Aviastar-SP plant based in Ulyanovsk city on Volga. The Indian Air Force is expected to order at least 35 and Russian Air Force as many as 100 medium lift transport aircrafts. MTA can be used to transport army sub-units to evacuate the wounded, including civilians, in case of a natural disaster, and to transport military technology and cargos stowed in special containers. Going by the record of multi- faceted Russian military- technical cooperation, the ambitious MTA project is set to be a success. In the 1990s, Russia and India created the joint enterprise BraMos Aerospace to develop and produce a multifunctional winged missile. For the first time, Russia had sent technological documentation concerning the Russian anti-ship missile P-800 Oniks to another country, bringing to the fore special trust that marks its relations with India. In terms of combat features, there is no other missile like it in the world. On the basis of the P-800 Oniks, Russian and Indian experts succeeded in creating an even more modern missile whose name combines the first letters of two rivers: the Brahmaputra and Moskva. The BraMos can be stowed on ships, submarines, airplanes and ground launchers. It can strike over-water and ground targets, and is almost impossible to intercept. Experts say that the BraMos is the pinnacle of winged supersonic missiles with a flight distance of upto 300 kilometers.

The next milestone will be the Russian-Indian project to create a fifth-generation jet fighter, which will be nothing short of a revolutionary breakthrough in the business of de- signing warplanes. Both sides are working hard doing the requisite paperwork before the signing of the agreement between the two governments. The documents are reportedly 99 percent ready. The new jet fighter will be based on design by Sukhoi, the company that created the flying prototype of the promising aviation complex of frontline aviation (PAK FA), known as the T-50. Russia has now pitched its formidable Mig-35 for the Indian Air Force contract to buy 126 fighter jets. The cost-effective Mig-35, practically a fifth-generation military ma- chine, boasts a powerful radar with an impulse phased cascade and an ultra-modern system for directing fire. The plan is to equip this jet fighter with the very newest missiles: air-to-air and air-to-surface. A ship version of the well-known MiG-29K has been developed specially for the Indian Navy. India also plans to buy 21 MiG-29K fighters. This plane has been such a success that the Russian Navy has also placed an order for a number of them.

The sturdy decades-old defence ties between India and Russia, driven by trust and technology-sharing, is set to fly higher in days to come as the two sides get ready to extend their military-technical cooperation agreement by another 10 years.