Our friends in the north 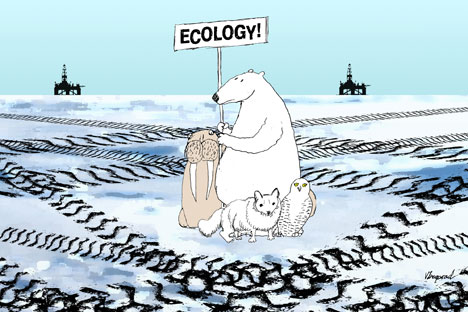 In the Norwegian town of Kirkenes – a few degrees above the Arctic Circle and a few miles from the Russian border – older inhabitants still remember the revving of Soviet tank engines during military exercises during the Cold War. The Kola Peninsula, to the east, was one of the most militarised regions on earth; the Barents Sea, to the north, was a bastion for the Soviet nuclear submarine fleet. The maritime border between the Soviet Union and Norway was disputed – with a huge overlap between both sides’ claims – and remained so after the collapse of the USSR in 1991.

In April this year, President Medvedev made a two-day state visit to Oslo. After years of on-off negotiations, Russia and Norway finally reached a preliminary deal to split the difference in the Barents Sea. The main reason? Oil and gas. Both countries need to exploit the resources of the Arctic if they are to boost – or even maintain – levels of oil and gas production on which the rest of Europe (including the UK) may increasingly depend.

As Norway’s North Sea production reaches its limits, and as Russia’s Siberian fields are pumped dry, both countries have turned north. (According to BP, Russian gas production declined 12pc in 2009, though this partly reflects changes in demand.) An agreement on the Norwegian-Russian maritime border opens the way for investment in offshore development, which would have otherwise been commercially unthinkable.

The global economic crisis has put some developments on hold, as finances have become tighter, gas prices have fallen and uncertainty about the global economy increased. The date for the opening of the massive Russian Shtokman natural gas field – the first phase of which is a joint venture between Gazprom, Norway’s Statoil and France’s Total – has been pushed back three years, to 2016.

The outlook for large-scale liquefied natural gas exports to the United States has dimmed since the American shale-gas boom of recent years – though that may not matter if alternative buyers are found in China. State-owned shipping company Sovcomflot sent an experimental shipment of gas condensate through the Russian North-East Passage this summer. It is here – rather than along the totemic North-West Passage – that development is likely to be focussed in the coming years.

The Gulf of Mexico spill has been seen by many to symbolise the hubris of the global hydrocarbon industry in pushing into more and more environmentally sensitive and technically challenging parts of the world. In the US, public anger at apparent regulatory oversights, and a cowboy culture within the operators of the Deepwater Horizon rig, has led to a backlash against oil companies in general. According to the Los Angeles Times, support for offshore drilling in the US Arctic has fallen from 58pc to 46pc. Rightly, US interior secretary Ken Salazar has announced that Arctic drilling will be delayed pending further assessments.

What impact, if any, the Gulf spill has on the long-term prospects for development in the Norwegian or Russian Arctic is unclear. Already stringent environmental frameworks in Norway will be probably be tightened; gold plating will, inevitably, become the norm.

In Russia, environmental concerns are unlikely to change the government’s strategic attitude towards oil and gas development in the Arctic; nor the views of Russia’s main players (Rosneft, Gazprom, Lukoil); nor the attitudes of thousands of Russians who live in the Arctic, and who are hoping for a hydrocarbon boom. The technology-rich Western partners that Russia needs to develop offshore fields may become marginally more wary of putting their reputation on the line in the Russian Arctic. But, rightly or wrongly, if the price and politics are correct, such obstacles will probably be overcome.

There is room for conflict and competition here. There is certainly the risk of environmental disaster. There is also room for co-operation. Just as between Norway and Russia, the possibility of future oil and gas wealth may help push Canada and the United States towards the resolution of an outstanding dispute in the Beaufort Sea.

Governments should try, as much as possible, to develop common protocols on environmental protection and clean-up, because the issue of Arctic oil and gas development – in Russia and elsewhere – is not going to go away any time soon.

Charles Emmerson is a London-based independent writer and adviser, and the author of The Future History of the Arctic (Random House, 2010)