Luzhkov: the last of the Mohicans 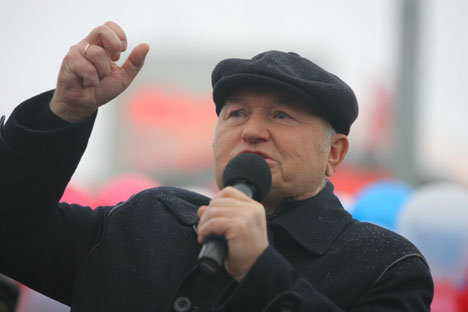 According to ancient wisdom, when God wants to punish someone, he takes away his mind first. For 18 long years, the supernatural powers overseeing Russian politics have been infallibly supportive of just-fired Moscow Mayor Yury Luzhkov, leaving him with enough common sense to stay in the office—as a master of the economic powerhouse called Moscow, as a behind-the-scenes kingmaker, as a founder of political parties, and as the husband of a billionaire—under three different Russian presidents.

But then this summer, something happened, and the powers turned their backs on Luzhkov. The shrewdness that had guided the mayor through his eventful political career suddenly betrayed him. He made a highly questionable decision to go on vacation even as forest fires surrounded the Russian capital. He publicly criticized President Dmitry Medvedev’s decision to stop the construction of a road through the Khimki Forest. And when the presidential administration—still being in the mood to avoid open confrontation—offered him the option to quietly retire, Luzhkov, who is 74 after all, refused and openly challenged the Kremlin to fire him.

He picked a fight he could not win, and he did not. On Sept. 28, Medvedev fired Luzhkov from China by issuing a “loss of confidence” decree, the first such decree of his presidency.

By firing Luzhkov, Medvedev reached an important milestone in his quest to clean the ranks of regional governors. In January, he accepted the resignation of the president of Tatarstan, Mintimer Shaimiyev, who had held the post since 1991. Shaimiyev was followed, in July, by Murtaza Rakhimov, since 1993 the president of Bashkortostan. Like Luzhkov, Shaimiyev and Rakhimov held tight control over their regions and were not shy to flex their political muscles in the face of the federal center. Incidentally, all three were co-founders of the ruling United Russia party.

However, while Shaimiyev and Rakhimov were reasonably popular in their respective regions, Luzhkov was not: A recent poll showed that more than half of all Muscovites disapproved of his performance. In this respect, Luzhkov joins the company of Georgy Boos, former governor of the Kaliningrad region. In August, Boos wasn’t reappointed for a new term because of the lack “of sufficient trust [for him] in the region.”

Regional governors in Russia are appointed by the president, and so far, Medvedev has shown no desire to return to the old system of direct elections, so the popularity of the governors in the regions shouldn’t in principle matter much to the Kremlin. And yet, by refusing to reappoint Boos (whom many call a capable administrator) and by firing Luzhkov, Medvedev seems to be sending an important message: In the future, governors will be judged not only by their loyalty to the federal center, but also by their approval ratings among the local population.

In the weeks to come, Moscow will resemble a disturbed beehive (to invoke Luzhkov’s favorite hobby) buzzing with anxiety, rumors and Monday-morning-quarterbacking. The question du jour is obviously the name of Luzhkov’s successor. Later, longer-term issues will come to the forefront of analysts’ attention, such as the potential impact of the succession on the 2011-2012 Duma and presidential elections.

But even today, it’s clear that by firing Luzhkov, Medvedev may have won the hearts and minds of millions of people—in Moscow and across the country—who would be willing to see him re-elected in 2012.