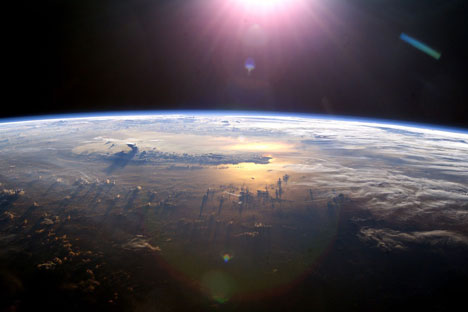 Scientists say they have found a planet with the right conditions to sustain life. A Russian company is working to build a space hotel and Virgin says it should be ready for space tourism flights in 18 months.

The new found “Goldilocks” planet is about 20 light years from Earth. Space entrepreneur Jeff Manber said there are very good chances this planet has water and the ability to support life. He explained that this is the kind of planet that could potentially be a sister planet for earth.

The US Congress has recently approved new legislation regarding US Space policy.

“It means that it’s now American policy that low Earth orbit will be commercial, you’ll have private companies ferrying people and cargo to space. It means that NASA should work on a permanent presence of human beyond low Earth orbit, said Manber. “It means were not driven by one goal, one race; go to the moon – you know, that type of space race. And so this was a very exciting moment for those of us who want to leave this planet.

A Russian company is working on an outer space hotel that may be ready in as little as 18 months. Virgin also has a number of space tourism plans, including shuttles and hotels.

“What it means is we’re entering a wonderful time where you and I are going to have a chance to go to space. It’s coming. You can see it; the policy is lining up, and technology is lining up. So it’s really an exciting moment,” said Manber.

Manber attributed the increase in technology and success to increased completion in the private sector.

Space is still relevant because we need to know more about the space our planet exists in. The continuation of the species comes down to understanding our surrounding should we have to leave the planet for any reason, explained Manber.

“I want to see us as a society turn outward again and explore because it’s the right thing to do,” he said.