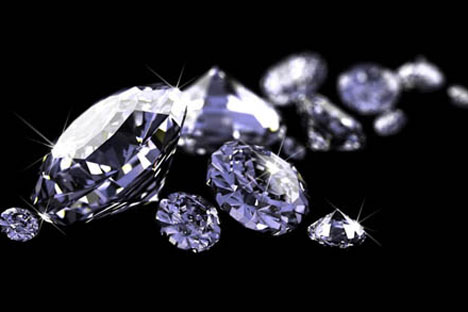 New Delhi and Moscow are negotiating long-term contracts to supply diamonds from Russia and the opening of an office for Russian diamond monopoly ALROSA in India, the Indian Trade Ministry said.

Indian Trade Minister Anand Sharma has this week met with his Russian counterpart Viktor Khristenko. Sharma "is satisfied with the bilateral discussion of possible rough diamond supplies to India under long-term agreements and the opening of an ALROSA office in India," the ministry says.

A source close to the negotiations said the Indian initiative had to be discussed with ALROSA first.

"India doesn't want to buy diamonds on a tender basis, but wants to sign long-term intergovernmental diamond supply contracts with Russia, while the Russian side said that ALROSA is a large company, so the issue should be first of all discussed with the company itself," the source told RIA Novosti.

According to Indian statistics, excluding arms deals, in 2009-2010 financial years, Indian-Russian trade amounted to $4.54 billion, while the goal is to reach $20 billion by 2015.

Last year India agreed direct diamond supplies with Namibia to raise the competitiveness of the Indian jewelry industry, centred on in the city of Surat in the west of the country.