Space hotel the next step into the final frontier 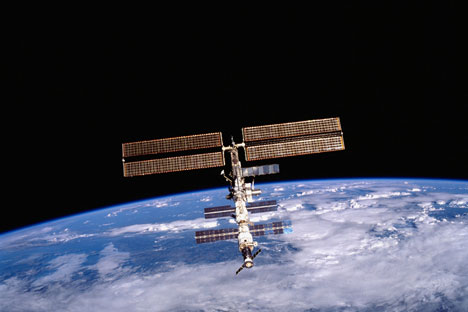 Would you care for vertical or horizontal beds? Would you prefer an earth or moon view? Care to sign up for games in low gravity, zero gravity or earth gravity?

Coming soon to a planet near you: space hotels. Perfect for the jaded vacationer or bold honeymooners or sky-high swinging singles.

Last week, a Russian entrepreneur announced plans to operate humanity's first space hotel. Sergei Kostenko, chief executive of an outfit called Orbital Technologies, has announced plans to launch the hotel by 2015. What gives the program some credence is its apparent ties with RSC Energia, the prime Russian contractor for the International Space Station, and the operator of all of the long line of Soviet and Russian space stations.

The idea may seem far-fetched, yet Kostenko has plenty of competition. Sir Richard Branson of Virgin Galactic has told reporters that his ambition is to operate a hotel in space once his suborbital program is operational, and American space entrepreneur Bob Bigelow has already flown two prototypes of a commercially run orbiting facility. Other businessmen hailing from Spain to Germany to North America have also announced plans for hotel accommodations in low-earth orbit. This is all good, since competition will mean lower costs for space transportation and a push for the private sector to move even further from the earth.

Whether for hotels or research labs or even way stations for crews heading out to the moon or the asteroids, the time is fast approaching when someone, some company or wealthy investor, will break through the technical log jams and open the frontier of space to ordinary people.

As CEO of MirCorp at the turn of this century, I headed the Dutch company that leased the Russian space station Mir from RSC Energia. Despite the laughter from many in the media and the space industry, the company signed a space tourist to a contract, we signed with NBC and "Survivor" producer Mark Burnett to do a game show in space, and had not politics forced the Mir down, I'm sure the demand for media and entertainment and tourism would have been enough to maintain a commercial orbiting platform.

Kostenko told the Russian news wires that his orbiting facility will be far more comfortable than the International Space Station. It will accommodate seven visitors in four cabins. That's a good start for marketing. Even with a price tag of more than $100 billion dollars, no astronaut or space tourist has returned from the ISS raving about the luxurious accommodations, so the advantage will be to the private sector in terms of personal comfort. Imagine huge windows for viewing; maybe a zero gravity hot tub and my favorite personal desire—an area to play games in the microgravity of space.

There seems to be two truisms to the history of opening a frontier, any frontier. The first is that it involves all sorts of twists and turns and fits and starts. History books and biographies make clear that the plans of even the most established pioneers never seem to go, well, exactly according to plan. So why not consider private hotels rather than grandiose government facilities as the portal to opening the frontier of space? The other truism is that the frontier is always settled. Always. For better or worse, once a barren patch of real estate has been “discovered,” explorers and business people and tourists are sure to follow. Now, if visionaries like Russian businessman Sergei Kostenko have their way, these pioneers can look forward to a good night’s sleep.

Who could ask for anything more after blasting off from earth?

Jeffrey Manber is a noted space entrepreneur and author of "Selling Peace," his memoir about working with the Russian space program.