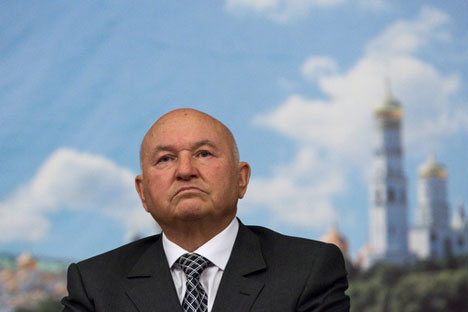 The dismissal of Moscow Mayor Yury Luzhkov is arguably Russia’s most important political event this year. After an 18-year tenure as mayor and two months of wrangling with the Kremlin, Luzhkov slammed the door on his political career, even leaving United Russia, the party that he co-founded. Politicians are discussing the possible consequences of Luzhkov’s resignation for the Russian political scene as a whole and for Dmitry Medvedev’s presidential prospects, including how it fits in to Medvedev’s run for a second term. And what will happen to Moscow after the departure of the man who gave the city “Luzhkov’s economy?”

The city’s budget, which totaled 1.44 trillion rubles in 2009 ($470 billion) includes the “Luzhkov benefits” for public sector employees, such as doctors, teachers, social workers, and policemen, which makes their salaries 30-40 percent higher than in the neighboring Moscow region. These benefits are unlikely to leave with Luzhkov, as no one wants social unrest in Moscow.

And there are the unofficial cash flows, which are even more important to local officials. Independent experts put the shadow earnings of Moscow’s top bureaucrats at between $4 billion and 5 billion a year. This includes all sorts of official payments (“contributions” to non-budgetary funds, for example) , unofficial payments (kickbacks, bribes), and the “trade” in various permits and licenses. According to businesspeople operating in Moscow, local officials charge money not for breaching the law, but for observing it. The thing is that laws and rules are written in such a way that without “assistance” from Moscow administration officials or affiliated structures – for a consideration – it is almost impossible for businesses to observe all formalities without going bankrupt or failing to meet construction or delivery deadlines. More or less, this is typical of the entire Russian economy, but in Moscow, where almost a third of all Russian money is concentrated, these things can be seen more clearly.

Can Luzhkov’s successor, who will be appointed by Medvedev, start cleaning up the corruption in Moscow? It is an important question, especially given the attention Medvedev has given to the theme of anti-corruption theme. Of course the new mayor cannot be expected to work miracles. Moscow is, after all, part of the Russian economy, which functions by the same rules. And yet, making progress in Moscow could be useful for the project as a whole. In the absence of active public institutions, freedom of speech, a viable political opposition and independent courts, an influx of young and better-educated officials will be the only real way of improving the situation, even if partially. Moscow has highly qualified technocrats who could try new approaches to the city’s problems.

Transportation remains one of Moscow’s worst problems. With over 3.5 million cars registered in the city Moscow is ahead of the Russian average of cars per capita by more than 30 percent. At the same time, Moscow is behind all other large cities of the world in terms of road infrastructure development. As a result of so-called infill development, encouraged by Luzhkov (with many construction contracts handed by officials to their cronies), new residential buildings and offices were built without developing the necessary urban infrastructure, including approach roads and parking areas.

The Moscow Ring Road (MKAD) which was overhauled under Luzhkov, and the internal Third Ring have not solved the transportation problem, and this is not just due to the radiating ring pattern, which took shape centuries ago. The new construction exacerbated pre-existing problems by including improper ramps and access roads and ill-considered adjacent roads. The number of legal parking lots can only serve 30 percent of the city’s cars, leaving the rest to park on pavements, flowerbeds and other unauthorized locations. At the same time, there is no special parking service to monitor compliance with parking regulations. Additionally, there are no special lanes allocated for public transport and the different types of public transport, including commuter trains, metro lines, buses, trams, and trolleybuses, are not integrated among themselves, so there are no comprehensive hubs with parking lots where people could board public transportation to go into the city. Many of these problems require a more competent, technocratic approach to be solved—something that Luzhkov’s team could not deliver, given its ideology and professional qualifications. The new technocrats who will replace Luzhkov’s people need to look at Moscow’s urban environment with a fresh eye in order to find workable solutions.

And transportation, while a major headache, is far from Moscow’s only problem. The city is not equipped for the physically impaired, it does not have proper infrastructure for tourism and if far from becoming the global financial center foreseen by the Russian authorities.

In many countries, such city development issues are solved in a democratic way: Voters elect their mayor by choosing the candidate they feel will address the challenges best. The idea is that those who live in the city are the best appraisers of the performance of municipal authorities. However, direct elections of regional governors and the mayors of federal cities were abolished in 2004, and neither Medvedev nor Prime Minister Vladimir Putin seems inclined to reconsider this policy in the foreseeable future. Therefore, Muscovites can only pin their hopes for reforms on the methods of “enlightened absolutism.”