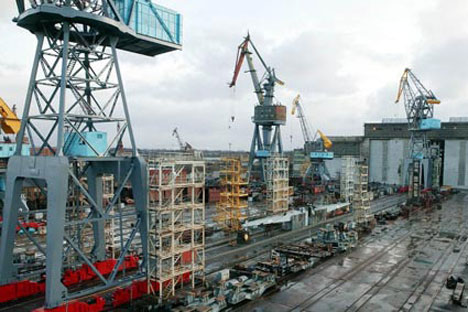 The first three frigates for Russia's Black Sea Fleet will be built at the Yantar Shipyard in the Baltic exclave of Kaliningrad, a shipyard spokesman said.

Yantar is currently building three Project 11356 frigates for the Indian Navy under a $1.6 billion contract signed in 2007.

The first warship, the Teg, which was floated out last November, will be handed over to India in mid-2011, Mikhailov said.

The second, the Tarkash, and the third, the Trikand, will be delivered in 2011-2012, he added.
The new frigates will be armed with eight BrahMos supersonic cruise missiles.