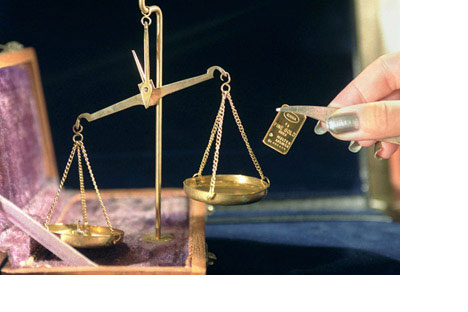 One local magazine noted that the image was a reminder to Muscovites that they were living in a "Muslim city." In reality, Muslims make up only about one-fifth of the Russian capital's 10.5 million inhabitants.

But what the photograph did illustrate was that there is a severe shortage of places of worship — there are just four mosques in the entire city — for Moscow's estimated 2 million Muslims. For this reason, the city's Muslim community is planning to build a new mosque in the city's southwestern Tekstilshchiki district, that would accommodate 3,000 worshipers.

Construction is scheduled to start in November. But the decision has sparked fierce opposition from local residents, who have petitioned the city to scrap the project.

Nafigulla Ashirov, co-chairman of the Russian Muftis Council in Moscow, told RFE/RL's Tatar-Bashkir service that he was dismayed by the controversy.

"When there are almost 900 churches for Christians and just four mosques for 2 million Muslims, people, if they are smart and friendly — whoever they are — Christians or Moscow city authorities, they should admit that this is not enough," Ashirov said. "We are surprised that some people oppose that."

More than 1,000 people from the district have signed a petition against the mosque's construction, arguing that it would affect parking and inconvenience local dog owners, who could be restricted from walking their pets near the mosque.

Opponents also complain that the mosque is located in the district's only "green zone," an area that is supposed to be reserved for parks.

Aleksandr Kuzmichyov, a 55-year-old computer programmer, says he and all his friends and neighbors are opposed to the mosque. "First of all it's a green area, it's a residential area and dogs go for a walk there," he says. "They'll be nowhere to walk them, they'll be in the courtyard."

Others express more xenophobic sentiments, saying they fear an influx of Chechens and other people from the Caucasus

On September 11, hundreds of protesters gathered on Volzhsky Boulevard, where the mosque is scheduled to be built. Representatives of Moscow's Muslim community showed up at the demonstration, which was filmed and posted on the video-sharing site YouTube.
In the video, the interaction between the two groups swings between open hostility and more constructive dialogue:

One woman in the video who says she is opposed to the mosque also decried those who were trying to stir up ethnic and religious tension over the issue.

"The people who have come here are not against Muslims, against their religion. They are against anything being built here," woman said.

"People have gathered here to say that it should be left as a square as a park, which there isn't in this district. There simply isn't. And these people are just provoking, getting a crowd here to change the subject to a controversial subject."

The Russian Orthodox Church, meanwhile, has refrained from openly backing the mosque's opponents. A spokesman for the Moscow Patriarchate told the Interfax news agency on September 20 that the church did not oppose the mosque, but criticized the city authorities for not allowing an Orthodox church to be built on the same site.

Marat-Hazrat Murtazin, the deputy chairman of the Russian Council of Muftis, told RFE/RL's Tatar-Bashkir Service that in 2008 the council asked city authorities to provide land for a new mosque and religious school.

Moscow officials offered several locations and the council chose the site in Tekstilshchiki, an industrial district in southwest Moscow located outside the city's ring road.

Murtazin said the mosque was necessary to meet the needs of the district's Muslims, and that the "way to Allah can't be stopped. People need to go somewhere to pray. I don't think those 500 people who gathered the other day to sign the petition against the construction — those who oppose it because they want to walk their dogs and drink their beers in the park — can really be in the way of almost 200,000 Muslims who live in the Tekstilshchiki district."

Aleksandr Verkhovsky, the head of the Moscow-based SOVA Center, which monitors extremist activities, says the opposition to the mosque is largely driven by xenophobia and the ethnic tension that followed the migration of non-Slavs to Moscow in recent decades.

"When people say what they don't like about mosques, they say they don't like that a lot of Azerbaijanis, Tajiks, Chechens, will move in," Verkhovsky says. "The problem is one of an ethnic character rather than religious."

Verkhovsky adds that the tension in Tekstilshchiki is being exploited by the far right.

Nevertheless, not everyone in Tekstilshchiki opposes the mosque. Sitting in a locksmith booth at a bustling market near the Tekstilshchiki subway station, Vera Kuich, a 30-year-old Orthodox Christian, is benign about it, saying that everyone has a right to a place to pray.

Likewise, Dmitry, an elderly man who describes himself as an ardent atheist, also says he supports the mosque being built. "Why should Christianity have the upper hand," he says. "Why? Why is Christ better than Muhammad? I welcome it."

Relations between Orthodox Christianity and Islam have become increasingly strained in recent years.

Some Orthodox Christians say immigration from predominantly poor Muslim regions such as the Caucasus and Central Asia is changing the ethnic and religious makeup of Russia. The country's Muslims, meanwhile, say they fear an increasingly close relationship between the Orthodox Church and the state.

Last year, Fatikh Garifullin, the chief mufti of the Asian part of Russia, called on the Orthodox Church to offer Muslims space to pray because of the shortage of mosques. He said such a gesture would help bond the two faiths, although some hard-line Orthodox groups interpreted the request as a threatening challenge rather than as a peace offering.

In Moscow, the Orthodox Church has ambitious plans to build 200 new chapels in the next three-four years as it tries to reach out to the faithful.

Most churches in Moscow are in the historical center and the chapels are intended for the outlying regions of the city built in Soviet times that never had churches, Andrei Kurayev, a professor at the Moscow Seminary told RFE/RL's Russian Service. Construction on the chapels will begin in November.

Muslim leaders, meanwhile, feel that they have been continually thwarted in their attempt to provide places of worship.

"There have been [unsuccessful] attempts to build a [new] mosque in Moscow for 20 years," says Ashirov of the Russian Muftis Council. "But there are never problems with other constructions, say, destroying one building to build a new one, building gas-distribution centers, or other places like restaurants or nightclubs is no problem in Moscow."

RFE/RL's Tatar-Bashkir and Russian services contributed to this report