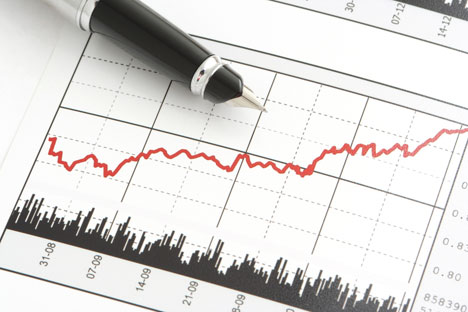 Recently I met with an old colleague in central London. He had just flown in from Thailand and was in the country for two weeks. We had not seen each other in about a year and I was keen to see what he was up to. His work is mainly localized in Asia, with business interests in Thailand and Singapore. I like bouncing ideas off him, as we are very much alike – entrepreneurs trying to make our mark in progressive areas.

We ended up chatting for two hours and agreed to explore one idea that links one of my projects in Russia with some of his connections in Thailand. We exchanged updates on our companies and talked about building businesses in this day and age, especially in relation to our respective regions. Throughout our conversation, several things stayed with me: a statement his close business partner in Thailand mentioned to him about working on “businesses that buy planes,” his continual focus on margins, and his realization over the years that deal control is one of the main factors to success.

How is all this applicable to doing business in Russia?

“Businesses that buy planes…” This is a great statement that aptly represents what it’s like to work in the investment field. Any investor or venture capitalist will tell you that selecting the right project is tricky as there are so many factors to consider, but the overriding concern is the return. Investors want to put in x and get 10x or even 100x, especially when dealing in high-risk areas like Russia. I am mentioning this specifically to give you some perspective. Watching RT recently, I saw an analyst from Germany who was commenting on VTB’s Russia forum (Russia Calling!) in Moscow and very accurately stated that Russia has an image problem. Russia is perceived as being much more high risk than it actually is due to the outdated perception of the country. He noted that investors think Russia is 10 times worse than it actually is. I could not agree more with his assessment. Russia is high risk like any other emerging market, but its not ultra-high-risk, as is often perceived. But in any case, when dealing in high-risk areas, only projects that can generate high returns should be considered. I mentioned briefly in my last blog post about the costs of running a business project in Russia. In my experience, if the costs are the same for a $100,000 project as it is for a $1 million project, you might as well do the latter as the input is the same for a higher reward. Working on such “lofty” projects can be daunting, but the key is in the deal control.

From an SME standpoint, the key is to keep your aims relative to your size, maximizing the upper limit of your capabilities. It is especially important to keep this in mind when deciding what projects to move forward on or reassessing your position in the region. This is something that I plan to refocus on in the future, as it is so easy to lose sight of. Another tip is to constantly reassess your position. The pace in Russia differs greatly from that of the UK and US. When you are used to one, it is hard to adapt to the other, and things fall through the cracks. Monthly assessments of your position and progress will help immensely. Even if only minor changes are made, it will prove useful.

My colleague focuses on margins, which very much ties in what I have just been discussing. He only works on projects where a significant margin can be generated from the product—for example, selling six-figure software with 40 percent margins. Both of us have worked on some very large projects that have failed to materialize at various stages. As we went through the process, we both learned why. I think the best way to discuss this is to give some examples of my work in the past. When I was working heavily in solar silicon trading sector, I would become privy to deals in other commodity sectors such as copper. The returns were excellent, putting the buyer and the seller together with the promise of six figures in compensation. The problem was that my connection to the end parties was weak. Whether it was the buyer or seller, there were anywhere from three to five brokers in between, all jostling for position and their cut. In my business dealings, I always try to be as professional and as fair as possible, but it was soon clear that not everyone had the same standards. The reality was I only had 10-20 percent control (if that) on the deal process. As well I as did my 10-20 percent, there was still 80-90 percent over which I had absolutely no control. My colleague had been in similar deals at a governmental level in the technology industry and had similar experiences. We both understood that success relied on our having control over the majority of whatever we took a hand in. When I consider Russia, this lesson is so important, and it is one I neglected when I first entered the country. I’ve mentioned this before, but I think it is worth restating: Control of your project in Russia is key—in every way, from financial control onward. It may sound like common sense, but I want to really stress that any joint partners at an SME level should be carefully considered before progressing. I also feel that my experience is not an isolated case. I feel that on a fundamental level, this is one the key drivers to success in the region.

If you can understand how Russians think, and get your head around the business process at a local level you will find Russia far more transparent. I view Russia through a filter that becomes clearer quarter by quarter, year by year. In time, working in Russia will only be viewed as a moderate risk, and while perceptions are out of tune with reality, opportunities will remain available. It is in the interest of the Russian government and domestic businesses to change the view others have of the country, and they are working hard and fast to do so. My prediction is that in the next 5-10 years, there will be a major shift in perception, in how people view Russia from an investment standpoint. Given how long its taken me to learn the lessons and how long it takes to set up projects in Russia, I believe the time is now to enter into the country. But you must be resolute. You must have resolve.