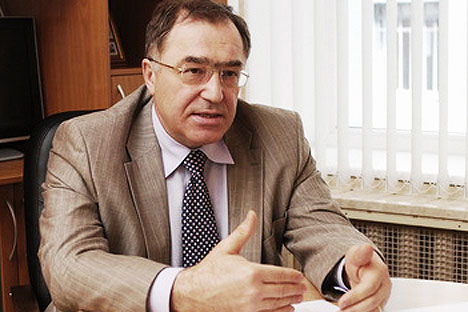 On Oct. 13, the Russian Health Ministry confirmed the resignation of Oleg Simakov, the director of its IT Department, who was in charge of the scandalous projects to develop medical websites for the ministry. “Yes, he resigned at his own request,” said Sofia Malyavina, assistant to the health minister, speaking to RIA Novosti on Wednesday.

The public outcry was provoked by a government tender to design a social network for health workers, which was supposed to remove communication barriers in the medical sector across Russia. The website was also intended to contain reference materials for professional use (data on diagnoses, diseases and medication), and a news feed with reviews of new drugs and medical equipment. The concept also included a communication feature for patients, enabling online consultations with specialists.

What raised suspicion was the conditions of the tender that were published on the government procurement website. The potential contractor was required to complete the work at a cost of $1.8 million in only 16 days. During these 16 days, the potential contractor was supposed to develop an appropriate software framework, test it and provide introductory user training for the medical staff.

Oleg Simakov explained the time frame by saying that the relevant order from the minister had been signed only 10 days prior to the tender and that the IT department had to report on the project’s completion as early as mid-December. He also noted that the ministry had been considering the social network project for about two years. Simakov expressed doubts that anyone could deliver the work within such a short timeframe “because it would be a very tough challenge for any contractor," he said to Cnews.

The flaming sword of the blogosphere

The first to cry foul about the conditions of the tender was a blogger, evgeniy1001. “Our Health Ministry is getting up to speed with web technology. They finally got the hang of it. Why not, if money comes from the government and there’s no need to earn it the hard way? Their spending skills, though, are outstanding - just let them lay hands on public funds, and the more the better. I blogged before about how they have been ‘successfully’ promoting ‘healthy lifestyles.’ Now they decided to set up a new social network for health workers and patients,” evgeniy1001 wrote in his Livejournal blog on Oct. 7. He pointed out that the Ministry of Economic Development, which had also launched a project to create a social network, called "Choice. Quality. Opportunity,” set the minimum bid price at $83,000, or 22 times lower than the amount allocated for the medical network.

This post sparked an immediate and furious debate in the media and in other blogs. Alexey Navalny, a public figure and a popular Livejournal blogger, led a massive protest involving 1,500 users who flooded the Federal Antimonopoly Service with requests to scrutinize the questionable bidding process. The bloggers wrote that the tender was very likely rigged to suit a specific developer with a ready-made product, who was involved in a criminal collusion with the Health Ministry officials.

Tatiana Menkova, an analyst at Finam investment company, had a different view. According to Menkova, there is a wide range of pre-designed modules for social networks that can be used to assemble a new project even in two weeks, so the short timing does not necessarily mean there was a pre-determined winner. As for the $1.8 million, Menkova believes there was nothing wrong with the amount if the tender involved further maintenance of the system. She feels that the hardest part of the project would be providing professional content for the site.

Regardless of the differing opinions, the angry voice of the bloggers was heard and, on Oct. 12, the Ministry canceled the controversial tender. The officially cited reason was "due to a distorted media response”. For good measure, the ministry canceled two other no less impressive tenders—for developing a diagnosis decision-making support system for $700,000 within 16 days and the creation of a digital medical library for $1.2 million with a 14-day lead-time. The Health Ministry did not provide any explanations with regards to these cancelations.

This is an abridged version of an article published at gzt.ru.