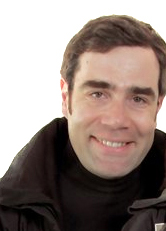 Hundreds of thousands of artifacts are missing from Russian museums, a revelation that has received a stormy reaction recently in the Western press. At the same time, Russia's parliament wants to turn religious art over to the Russian Orthodox Church.

According to Lyubov Molchanova, a consultant to the Museums Department at Russia’s Ministry of Culture, the number of objects unaccounted for may be as high as 250,000. This was played as “astonishing news” by some Russian and international media; yet it is anything but that. As long ago as 2008, Minister of Culture Alexander Avdeyev reported that “through all the years since the beginning of the Soviet period, less than 1 percent of the items have been lost, and those were not the most valuable pieces.” Indeed, the number of missing items 250,000 represents only 0.33 percent of the entire museum inventory of more than 83 million.

That sounds like a mere drop of paint on the gigantic canvas of Russia's cultural heritage, bearing in mind the turbulent nature of the last 93 years of Russian history: Three wars, Stalinist repression and Khrushchev's corn fields. But is it really so small? What exactly does he mean by minimal losses?

Russia’s artistic legacy in the 20th century is a slow and steady bloodletting of its own. The first nationalization decrees, dating back to early 1918, were applied toward major art collections public and private. Everything that was not destroyed by the revolutionary masses was earmarked for the State Museum Fund, an entirely new form of art ownership that was effective for the proletariat state, but disastrous in every other sense. Culture became the priority of bureaucrats. Millions of works of art were distributed among newly organized museums, set to glorify the working people, or buried to rot in the deep vaults of depositories.

According to Soviet statistical handbooks, a ton of pictures and engravings were sent out of Soviet Russia in 1928. In 1930, the number had risen to nine tons of fine art, together with 568 tons of furniture, silver and Russian icons. Raphael’s “Saint George” and “Madonna Alba,” Titian’s “Venus with a Mirror,” Jan van Eyck’s “Annunciation,” Rubens’s portrait of his wife and Velazquez’s portrait of Pope Innocent III, all star lots from the Hermitage collection, were being sold to private collectors in America and to European art dealers throughout the 1920s.

Today, a new threat in the form of law comes from the Russian government. A draft legislation recently sent to the lower Chamber of Russian parliament stipulates the ways cultural property will be "returned" to religious organizations, mainly the Russian Orthodox Church. If enacted, the law opens the way for millions of religious objects and works of art to change hands from museums to essentially private worship facilities: “Restoration of former religious property to religious organizations,” as the Moscow Patriarchy, the main beneficiary of the law, called the initiative which has, in reality, nothing to do with justice.

The property to be "returned" can in no way be traced back to any existing religious organization, but only to the house of Romanov. Also, the report prepared by the experts of the Civic Chamber, a state-sponsored institution that analyzes draft legislation, criticizes the law as unfair. “The cultural objects will become inaccessible by people of religions other than Russian Orthodox Christians,” wrote the commission on national culture protection and development. If enacted, the law would be “in conflict with a number of constitutional principles and international regulations.”

Designed to bind the Church to the state, the law is an attempt to manipulate the religious leaders. It may also lead to a massive loss of thousands of ancient works of art deprived of skilled hands of qualified restorers. The fate of the 12th-century icon transferred to the monastic community in Vladimir and severely damaged by an enthusiastic dust-cleaner is a good example. Patriarch Kirill recently hailed the dawn of the new era. Yet, ever-growing hunger for cash and power makes this future quite distant, if not altogether bleak.

Alexander von Hahn is the director of the Russian Art Partnership Ltd.