Packages will be delivered in no time 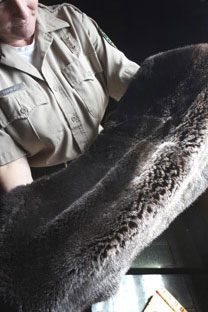 The problem of long delivery time for international packages has been resolved. The Russian Post, together with the Federal Customs Service (FCS), has liquidated the bottleneck of the system by doubling the number of customs control offices for international mail.

In October, the number of the so-called international postal exchange offices (here, parcels and letters go through customs) increased from 12 to 24, said Andrey Belyaninov, head of the FCS. This will make it possible to deal with the increasing number of packages of goods from international online stores.

Today, the Russian Post handles 240,000-250,000 postal items monthly, and closer to the New Year, their volume may increase to 400,000, said Russia’s Minister of Telecommunications and Mass Communications, Igor Shchegolev. The majority of these items come from the United States, Canada, France, Germany, and the Southeast Asian countries. As was noted by the minister, “we would like to avoid having the piles of snow, be accompanied by the piles of parcels”. Therefore, the mail will go through customs in places where it passes the border. Parcels from Europe, for example, will be examined at the port of Kaliningrad, from Asia – in the city of Artyom.

The checkpoints themselves are being modernized. The cost of installing modern equipment in only one of them amounts to no less than $200,000. However, by far not all the checkpoints have been updated. The Russian Post has one month to complete the work.

Recall that the problem with international mail delivery began early this year, when as a result of the explosive growth in popularity of goods, purchased from international online stores, there was an approximately ten-fold rise in the number of incoming parcels. On average, the delivery time increased from two to four weeks, but some people had waited for their packages for months. The situation became the reason for discontent of the largest Internet auctioneer in the world, eBay, and other online stores, which had even stopped supplies to Russia.