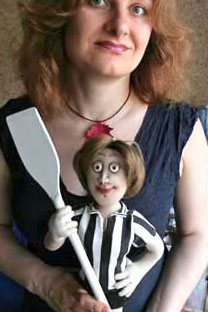 Prime Minister Vladimir Putin made renewed efforts on Monday to persuade foreign investors that Russia has changed and is creating congenial business conditions for those who wish to explore the Russian market and promote their own goods and services. Putin told chief executives of over 40 companies who make up Russia’s Consultative Council for Foreign Investment that the government has been working hard to make the economy less bureaucratic and simplify procedures for launching investment projects.

The government, he said, has also introduced the post of an investment ombudsman with powers to resolve all contentious issues relating to investment activities in Russia. Putin has appointed First Deputy Prime Minister Igor Shuvalov as the investment ombudsman. The prime minster urged business leaders, which include BP's Robert Dudley and Ernst & Young's James Turley, to put their money into the Russia economy which has been struggling to shake off the effects of a devastating global economic downturn.In a speech peppered with positive spin on the country’s changing investment climate, Putin told the investors that Russia now offers attractive opportunities for investing in "large-scale development projects." He said the government is soon to consider a privatization plan, which will put government shares up for sale that are “very interesting” for private investors. “"We understand that Russia needs direct private foreign investment .... The government is striving to make really open and attractive investment conditions,” Putin said.

Government officials recently unveiled plans to privatize some key state-owned companies in an effort to raise $50 billion over five years. Putin said the privatization program would be examined “at a government meeting in the near future.” “I will not open up all the details, but some very attractive state stakes will be put up for sale," Putin said. The prime minister also said Russia is set to grow by a little more than 4 percent this year after the 7.9 percent contraction in 2009, Russia's worst annual economic performance in 15 years. He added that within the next two years, Russia wanted to return the economy to its pre-crisis size. In 2008, nominal GDP reached a post-Soviet high of $1.7 trillion. "Russia is changing, perhaps not as fast as everyone would like, but changing nevertheless," Putin said.

However, Russia needs not just capital investment from foreign investors but also modern technology and management, Putin said in the clearest indication so far that the premier is lending his full support for president Medvedev’s modernization drive. He urged foreign investors to support Moscow's push to lift the visa regime with European Union, stressing that Russia should build its relations with other nations “as equal partners." The prime minister reminded his audience that the government has eased the regulations for foreign skilled workers' entry, adding that it is natural that the gesture be reciprocated. "We don't divide investors into Russian and foreign in terms of their rights and interests," Putin said, adding that 1,000 foreign skilled workers have already received work permits according to the new rules.

However, the government’s efforts to persuade foreign investors to come to Russia have been complicated by the recent global economic downturn which has exposed Russia’s risk profile as investment destination, experts said. “Foreign investors need a lot of convincing because of the risks associated with the domestic economy,” said Yevgeny Nadorshin, chief economist at Jones Lang LaSalle. “It is not only a question of transparency - which is a problem common to all emerging markets - the recent crisis has demonstrated that there is a high risk associated with the Russian economy. Russia’s GDP dipped to record lows during the crisis making it one of the worst affected countries during the global economic downturn.”Economists also said that the global economic crisis has also changed the attitude of many foreign investors and many “have simply become very, very risk-averse.” “They all want to reduce country risk as much as possible,” Nadorshin said. “Many venture investors, who generally have high-risk perceptions, are probably not very happy in Russia because the high country-risk do not make them feel comfortable.

Government’s tight control over the country’s strategic industries also appears to make some investors feel edgy, analysts say. “Unlike in China and Brazil, Russian government controls the resource sectors of the economy which are vulnerable to the boom and bust of economic circles,” said Ilya Prilepsky, an investment expert at the Economic Expert Group. “Foreign investment was structurally limited to the extractive industry and consumer goods while in other emerging nations, they are in production sectors.” Nadorshin said the problem is complicated by the fact that big state-owned corporations are not always transparent enough to allow private investors to map their strategies moving forward. Russia has comparative advantage in the natural resource sector but this is also the most tightly protected from foreign investors, Nadorshin said. “For long, Russia has been highly specialized in resource extraction and has always courted investments in areas not linked to the strategically important industries.”With just over $260 billion in foreign investment since 1991, Russia lags behind its BRIC peers, many of which have advanced significantly as far as labor force training and production experiences are concerned, analysts said. China for instance has long been developing and advancing special advantages which are beneficial for venture capital, manufacturing and cheap qualified labor. “Since we are at the beginning of this process, we have to persuade the investors as well as tout the advantages we have over other emerging markets,” Nadorshin said. “For instance, Russia, unlike China has a significant need for the modernization of its economy and can draw foreign investors as a country with potential market for internal consumption of R&D products. One way to move forward is make investors produce what is needed for modernization right here in Russia.”

Russia has also been talking about diversification a lot but so far little has been done to achieve it compared to emerging countries like China which has for long been investing heavily in R&D, experts said. “It is not just a question of coming, talking and discussing. It’s a hard job that requires revealing areas of investment, clearing the way for investors and advertising and then attracting, Nadorshin said. Other experts said however that the prime minister sales pitch could pay off, because of his considerable political weight. “Talking directly to foreign investors is as efficacious as improving the investment climate,” Prilepsky said. “Such a positive signal will go a long way to boost foreign investment because the prime minister appears to be staking his reputation by giving additional guarantees to those willing to put money into the Russian economy.”