What does India mean to Russia? 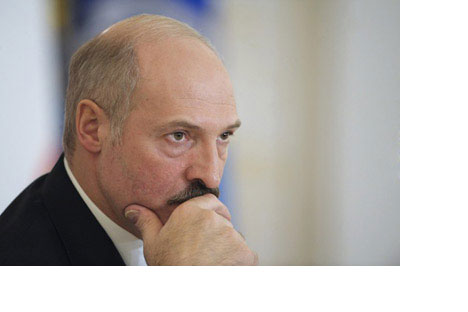 “What is India to Russia?” Over the past couple of years, this question has been discussed not just by researchers and diplomats, but also by the Russian public in general. Indeed, it might seem that over the past ten years, Russian-Indian relations returned to their familiar sense of encompassing a strategic partnership, with regular top-level meetings resulting in “life-changing” agreements. And yet, specialists who have been dealing with India for a long time cannot rid themselves of the sense that Russian-Indian relations are somewhat incomplete, that they lack the “safety factor” that they were known for throughout the 1970s and the first half of the 1980s. Why these alarming thoughts? Why doesn’t the future look so rosy? I will try to explain my view to the Indian reader.

In the second half of the 1980s, India’s “strategic elites” reacted cautiously to the Soviet Union’s New Thinking in foreign policy. I remember that we were asked at the time whether it was acceptable to revise (it does not matter whether the focus was on the West or the East) strategic foreign policy goals, given their inert and conservative nature. Foreign policy, they argued, cannot be built on subjective principles, hinting at the Kremlin’s desire to find favour with the West at any cost. Now, in retrospect, we can see that the “western tilt” undermined Russia’s image not just with the Indian elite, but also with its general public as a whole. Such things are not quickly forgotten.

In this pragmatic day and age, countries’ economic ties are decisive for their trust to be between national governments. Experience shows that there should be at least $17 – $18 billion in trade between two any given countries for socio-economic forces to emerge and promote bilateral cooperation. Unfortunately, the $10 billion target set during Vladimir Putin’s presidency has not yet been met: Russian-Indian trade still lingers at $8 billion. Whatever calculation methods are used, this is much lower than Russian-Chinese or Indian-Chinese trade levels. Strangely enough, this vicious circle cannot be broken despite the apparent political will being expressed. Various theories have been offered to account for the stagnating trade between Russia and India. The “broad” theory contests that economic reforms in India and Russia in the early 1990s developed according to diverging trajectories, which is why the Indian economy is no longer interested in Russian products, except for raw materials. Under the “narrow” theory, the quality of Russian products dropped sharply following the collapse of the USSR, which hit military equipment sales between the two countries especially hard.

Indian newspapers do not hesitate to write about the irregularity of Russian supplies and active involvement of commercial companies in the military equipment supply business (including the failed contract to sell Russia’s MIG-29 fighter jets to Algeria), which contradicts the general international practice of tough state control over this vital area of trade, not to mention other problems as well. Unobtrusively yet steadily, we are being prepared for the possibility of excluding Russia from an Indian tender for 126 multipurpose fighters. According to Indian newspapers, Eurofighter Typhoon is among the favourites to win the tender, which surprises me, since this aircraft’s flying capabilities have long been criticised in Western Europe. In the end, Austria purchased Eurofighters in exchange for NATO member states within the EU to promise to respect Austria’s neutrality, as Austrian experts say. I think this tender’s fate should be discussed openly at the highest level, as well as the long-term concept of Russian-Indian economic ties.

More certainty is also needed on the role of our countries in their foreign policy priorities. The idea of a qualitative degradation in Russian-Indian relations during the Yeltsin era was commonplace. True as it may be, this statement should not, however, shield other new geopolitical realities that took shape after the collapse of the Soviet Union, including the strengthening of our strategic ties with China and Brazil, the restoration of vitally needed partnerships with new regional leaders, Turkey and Iran, a new rapprochement with Egypt, once an important partner, and the recently consistent Latin American focus in Russia’s foreign policy. Finally, Russia’s ties with South Korea, directly linked to the military and political security of our country, are expected to embrace the comprehensive modernisation of Siberia and the Far East. (By the way, both in Moscow and in Delhi I heard the question: “Which country is more important for Russia, India or Korea?”).

These are thought-provoking considerations that should be translated into concrete foreign policy priorities as soon as possible, providing some invisible context for Russian-Indian relations. Obviously, we can expect a quick reaction from our Indian partners. It is only then that our bilateral ties will gain the proper long-term outlook.

Andrey Volodin is a Chief Researcher at the Institute of World Economy and International Relations in Moscow.