A Himalayan journey: from past treasures to future stars (+multimedia) 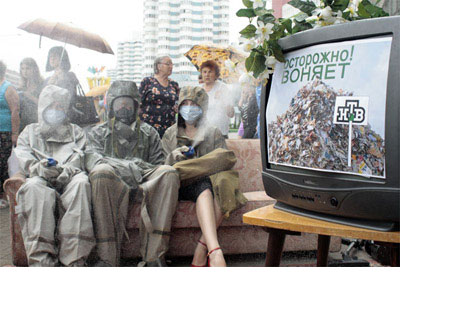 The Russian envoy in New Delhi recalls the magical celebrations under a starry canopy at the Roerich Estate in the lap of the Himalayas and the transformation of Naggar into a museum complex that celebrates the iconic painter’s vision.

My recent trip to Naggar, a place in the Western Himalayas where I’d been about fifty times before, left unexpectedly powerful and lasting impressions. I went there to take part in a Russian-Indian festival at the Roerichs Estate, which since the early 1990s has hosted the International Roerich Memorial Trust (IRMT).

The three-day festival, which opened on October 8 with an exhibition of young painters from Russia and India, was dedicated to the 75th anniversary of the Roerich Pact and the 136th birth anniversary of Nicholas Roerich himself, an outstanding Russian painter, philosopher, scholar and traveller. Such celebrations have already grown into a vibrant, positive tradition, but this time the festival was on an unprecedented scale and acquired the hues of an international cultural event.

The organisers received a welcome note from Indian Foreign Secretary Nirupama Rao, who is on the board of trustees of the IRMT. In her message she stressed that “Roerich's heritage, much admired by leaders like Gurudev Rabindranath Tagore and Pandit Jawaharlal Nehru, brought a closer understanding of Russia to the people of India, an appreciation of each other from the heart and soul.” She assured that IRMT can rely on the unflagging support of the External Affairs Ministry.

Guests were treated to a grand concert lasting late into the evening on the stage of the Green Theatre set up on the Estate's terraces. The audience roared with ovation after a brilliant show of the 'Inspiration' Choreographic Ensemble from Temirtau in Kazakhstan, which performed folk dances from Russia, Kazakhstan, Ukraine, Belorussia, Mexico and Korea. Connoisseurs of classical Indian music could savour performances by such virtuosos as flutist Rajendra Prasanna and sitar player Paramanand Bansal.

The festival also included an exhibition of a famous Russian artist, Natalya Zaitseva-Borisova, “From treasures of the past to stars of the future”, which displayed several cycles of paintings featuring monuments of ancient Russia, Nepal, South India and the Himalayas.

Looking at those radiant faces aglow with spiritual intensity, I floated in my thoughts to the distant days when one of the last Roerichs, the famous painter Svyatoslav Roerich, came out with the daring idea of building a full-scale international cultural centre in Naggar, a remote village where Nicholas Roerich had lived with his family. That dream is now a living reality.

Another equally forward-looking humanistic project was accomplished three quarters of a century ago. A unique international document on the protection of artistic and scientific institutions and historic monuments known as the Roerich Pact was signed. Along with it, mankind received a symbol of protection of its cultural and historic heritage – the famous Banner of Peace. This very banner now proudly flutters along with the national flags of India and Russia near Roerich’s house.

The idea of uniting the efforts of the world community in protecting cultural treasures had overwhelmed Roerich long before it took real shape, bringing together like-minded people from across the world. It is deeply symbolic that the Roerich Pact was signed at a time when its author lived and worked on the Indian soil, in the laps of these majestic mountains that he depicted so splendidly in his paintings, providing an inexhaustible source of inspiration to his muse. As Roerich said memorably in his book “The Heart of Asia”: “… All the great symbols, all heroes, seem to be brought close to the Himalayas as if to the highest altar, where the human spirit comes closest to divinity. Are the shining stars not nearer when you are in the Himalayas? Are not the treasures of the earth evident in the Himalayas?...” (Nicholas Roerich. The Heart of Asia. p.13).

Probably here, in the legendary Valley of the Gods, in the heart of the world’s greatest mountain range, the magical power of beauty and harmony in creating cultural heritage and the development of human civilisation revealed itself to Roerich. “Where there is culture, there is also peace. There is also heroism, as well as appropriate solution of the most difficult social problems. Culture is an accumulation of the highest Bliss, of the highest Beauty, of the highest Knowledge,” wrote Roerich.

This truth is evident in thousands of Roerich’s paintings that became priceless heritage, a monumental testimony to the greatness of his genius. Some of them are exhibited in the Roerich Gallery, in his house where he lived with his illustrious family for many years. His canvases depict sacred peaks, boulders with mantras and magic signs inscribed on them, monasteries and temples. Looking at them, one clearly senses the primordial material and spiritual environment which was always indispensable for the life of people of this strikingly beautiful and blessed Indian land.

Observing the anniversary celebrations of the Roerich Pact, we should remember one of its major precepts. If we fail to preserve our common cultural heritage, the pact warns that we will inevitably doom ourselves to extinction just like the mighty deodars in sacred forests would surely die if their roots are cut.

The works of Roerich, permeated by immortal ideas of great teachers and sages of India and the Orient, teach us to cherish and replenish the world’s cultural trove. The great project initiated by Nicholas' son Svyatoslav Roerich and the Russian Embassy in India almost 20 years ago today is bearing a rich harvest. The museum complex and the Roerich art gallery have been included in the list of the most attractive places of interest in Kullu Valley and Himachal Pradesh. Thousands of Indians and foreign guests visit this memorial estate, that also helps promote tourism and employment to people of the state.

Contrary to what pessimists say, it is worth recalling other achievements of IRMT. Look at this wonderful theatre where musicians, singers, dancers and other masters of arts perform regularly. Recall numerous exhibitions introducing creative works of young artists to visitors. The work of the Helena Roerich Art College deserves a special tribute. More than 120 children, including those from not-so-rich village families, study in it and learn to perceive and create Beauty.

I would also like to emphasize the substantial contribution made by the Executive Director & Curator of the Trust, Dr Alena Adamkova in converting the Roerich Estate into a real cultural centre of international standing. Such selfless effort deserves highest praise and all round support. Following step by step along this path we will participate in translating Roerich’s dreams into reality, the cause pursued by all his talented family.
Roerich was convinced that apart from protecting cultural artefacts it is equally essential to protect and value the Human Being as the supreme embodiment of spiritual knowledge. Any constructive work and achievement of desired results are possible only through mutual understanding and consent. Beauty can be created only with a pure heart. One can realise these truths in this sacred place where Roerich created his masterpieces and where his earthly life came to an end.

Let us remember the words of this outstanding Russian revered as maharishi in India:

“When we proclaim Love, Beauty, Action we know verily, that we pronounce the formula of the international language and this formula must enter everyday life. The sign of Beauty will open all sacred gates, beneath the sign of Beauty we walk joyfully, with Beauty we conquer, through Beauty we pray, in Beauty we are united”.

It is uplifting to see that Roerich’s ideas have found profound appreciation in India. Prof. Dhumal has conveyed that that citizens in his state “are proud that here, of all places, the outstanding Russian painter and great humanist found his second home”. “The name of Nicholas Roerich became a synonym of the Himalayas and a symbol of culture and spiritual values of the Indian highlands,” he said at the festival. Above all, he has supported my proposal to establish an International Roerich Art Academy as part of the memorial estate, saying that "it will become a centre of gravity for young talent and, perhaps, will eventually give the world new Roerichs".

Together we will accomplish many other inspiring visions that will advance us step by step on the way to new radiant heights of Beauty.