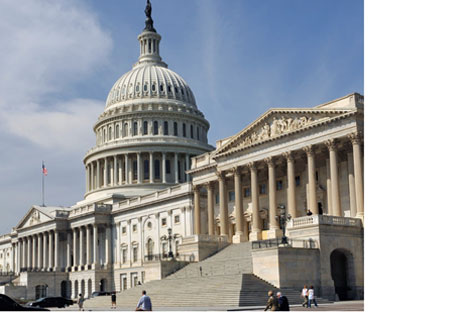 If a small army of political Cassandras – pollsters, pundits, and party operatives – have it right, the results of the Nov. 2 midterm U.S. congressional elections will be a huge disappointment for U.S. President Barack Obama and his Democratic Party. One week before the vote, the consensus is that although the Democrats are likely to keep control over the Senate, their majority will dwindle from 18 to no more than four-six seats. In the House of Representatives, however, the Republicans are poised for a big net gain of about 50 seats allowing them to take over the House by forming a 10-12 seat majority.

A new disposition on Capitol Hill will undoubtedly have a dramatic effect on President Obama’s domestic agenda in the second half of his term. The administration’s foreign policy priorities are likely to be adjusted too, forcing folks around the world to pay close attention. In particular, the upcoming “Republicanization” of Congress has led some Russian politicians and analysts to worry about a new chill in U.S.-Russia relations, a concern expressed lately by Konstantin Kosachev, Chairman of the Russian Duma Committee on Foreign Relations.

A fear in Moscow is that the Senate ratification of the New START treaty, signed by President Obama and his Russian counterpart Dmitry Medvedev in April, will become the first victim of the changing political landscape in Washington. As a popular argument goes, the ratification of the treaty in the Senate requires a minimum of 67 votes. Currently, the Senate Democrats have only 59 and therefore need at least eight Republicans to join them. Should the Democratic majority in the Senate be further reduced, the Obama administration will have to secure votes of not eight, but 14-15 GOP Senators, a task that looks nearly impossible given the current political climate in Washington.

Although superficially correct, this math appears to be overly simplistic. U.S.-Russia strategic arms control treaties have traditionally enjoyed solid bipartisan support in the Senate: For example, the START II treaty was ratified in 1996 by a vote of 87-4. There is ample evidence that New START, too, is viewed favorably by a broad range of Republican foreign policy experts. A number of luminaries from previous Republican administrations, such as Henry Kissinger, have called on the Senate to promptly ratify the treaty. New START was also endorsed by the military, including Secretary of Defense Robert Gates, a Republican. Sen. Richard Lugar (Republican-Indiana), the ranking Republican member of the Senate Committee on Foreign Relation and the most authoritative GOP expert in the Senate on international affairs, had promised to vote for the treaty.

The Republican opposition to New START doesn’t therefore appear strategic at its core; rather, it’s being driven by tactical considerations. Some of the Senate Republicans are concerned that the treaty could keep the U.S. from moving forward with missile defense; others make their support for the treaty contingent on the Obama’s administration commitment to modernizing U.S. nuclear arms arsenal. Only a handful of GOP Senators expressed their opposition to the treaty on principle whereas the rest signaled that they were still waiting for the administration to address their concerns. Although making predictions in politics is a shaky business, it is still possible that New START will be eventually ratified – albeit without much fanfare – during a lame-duck session of the Senate in November or December.

Yet those who hope that the recent improvements in U.S.-Russia relations will continue have many reasons to worry about the impact that the new power configuration in Washington will have on the relationship. The real problem isn’t the bickering over ratification of the New START treaty; rather, it’s the lack of a solid political and economic basis for the nascent Washington-Moscow dialogue. Having found a flashy slogan (“reset”) to define the future tone of the U.S.-Russia relations, the Obama administration has so far failed to articulate a forward-looking, comprehensive, Russia policy. With many other foreign policy issues demanding urgent attention – the wars in Afghanistan and Iraq, the Iran nuclear program, and the Israeli-Palestinian peace talks – the Obama administration may simply lack time and will to clearly define its priorities vis-à-vis Russia. And this will make its Russia policy an easy target of Republican attacks in Congress.

Of all issues that the congressional Republicans will use to challenge the administration’s approach to Russia, the situation around Georgia is the most serious. It has a real potential to become a ticking bomb under the still shaky foundation of U.S.-Russia relations. No real solution capable of releasing tension over Russia’s recognition of independence in Abkhazia and South Ossetia is in sight. And if Secretary of State Hillary Clinton’s words about Russia’s “invasion and occupation” of Georgia are to be taken at face value, finding such a solution won’t be easy. With the Georgia knot still tangled, any military incident in the South Caucasus may result in a precipitous deterioration in bilateral relations.

The Kremlin has obviously no means to influence the results of the elections. But it may take steps that could help locking up some gains from the policy of “reset.” President Medvedev’s recent trip to Deauville to discuss security issues with French President Nicolas Sarkozy and German Chancellor Angela Merkel and his plan to attend the NATO summit in Lisbon indicate that the Russian leadership is ready to hedge all its bets. Medvedev could help his American counterpart by proposing a numbers of initiatives that would further advance the U.S-Russia cooperation in the areas considered important to U.S. national interests. Increasing Russia’s commitment to stabilizing Afghanistan could be one of such initiatives. Constructively working with the U.S. on providing security to Central Asia – where the U.S. and Russia share more common interests than meets the eye – would be another.

True, these steps won’t necessarily usher a warm spring in the relationship between the two country. But they may prevent the return of a cold winter.