IMF needs to move  on quotas 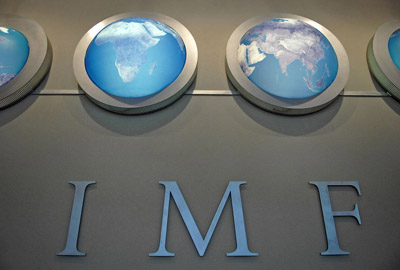 Russia supports the revision of IMF quotas in accordance with the resolutions of the G-20 summit in Pittsburg, though it will not gain any immediate economic benefit from the reform.

Russia currently accounts for 2.9pc of the IMF’s capital and holds 2.77pc of the voting rights. I think this is adequate. Our voting rights on the executive board will remain the same and there will be no change in our potential lending opportunities. At the same time, we will be able to help our Bric partners and other developing nations, this giving us additional opportunities to build effective relations with these countries’ governments.
Both the board of governors and the executive board are so structured that the distribution of quotas determines the results of voting not just on loans, but also on the fund’s other serious issues, including openness, transparency, helping developing nations or cash-strapped countries such as Greece and Latvia. Yet these issues are largely politicised.

The IMF quota reform is not, of course, our battle. But we support Brazil, China and India because we have certain institutional links with them; we are associated with them in a certain unity, though whether such unity actually exists is another matter. In any case, politically we are interested in having allies in certain areas in order to resolve our disputes with the EU and the US.

By supporting developing countries now, we can expect them to respond in kind later, not just within the framework of the World Bank and the International Monetary Fund, but also on more complex matters, including within the United Nations and other international bodies. These can be Asian and African countries and, to a lesser extent, former Soviet republics. Most probably, Russia will continue to support them directly, allocating funds from its budget, as it has to Belarus and Kyrgyzstan.

By some estimations, at stake is some $300bn in potential IMF loans. Latvia, facing severe cash problems, received a $5.6bn loan from the IMF conditional on drastic austerity measures. To get the money, the country’s new government will have to cut pensions and lay off public-sector workers, which might result in strikes and demonstrations, as it has in Greece. And yet the distribution of funds is largely determined by economic considerations. Russia was a long-time borrower and recipient of funds from the IMF and the World Bank, but finally became a donor and hopes for a respective payoff.

Most probably, we will side up with economies that support effective spending of IMF funds, and these are mostly American and West European countries: financial literacy, discipline and control is much higher in the Old World, the US and Canada.

Meanwhile, concerns have been raised that developing countries lack the experience, knowledge and understanding required for spending the IMF loans effectively. The dispute over quotas is not just about egoistic interests; it is not about some nations sitting on the money bags and distributing funds to poorer ones queuing for help, but also about effective use of such funds.

It is, therefore, normal to discuss the redistribution of 5-7pc of the quotas, as was originally planned. No more than that.

The wording of the proposed quota changes is also being debated.

Diplomats and economists can dig up thousands of ideological nuances, but this is not what really matters. So far, the global financial system still relies largely on contributions from Europe and the US rather than from developing nations. Except for China, perhaps.

There are also differences between the US and Europe. Traditionally, the IMF managing director is nominated by the European members, who also have about a third of the voting rights and occupy eight seats on the IMF’s 24-seat executive board. But the US has been trying to get the upper hand since WW2. It continues to make substantial contributions to the fund, which are then distributed democratically. At the same time, the US has fewer voting rights than the European members. Clearly, Washington cannot be happy about this. The Europeans are paying less but have a greater say and more opportunities to support their allies. For example, the US would be more interested in supporting Mexico and Columbia. Instead, it is told: wait, we want Greece first.

The US wants the IMF reform put through as soon as possible. In August, Washington went on to the offensive, refusing to back a resolution to maintain the current form and composition of the IMF executive board. With 16.5pc of the voting rights, the US can effectively veto any resolution, as this requires only 15pc of votes.

As a result, the executive board could become illegitimate, which would lead to a freezing of loans and other international financial issues. And yet, as far as I could understand, the latest statement by US treasury secretary Timothy Geithner gives hope that a solution will be found and approved by the G-20 meeting at the G-20 Seoul meeting in November. I hope the issues will be settled in a normal, civilised manner.

This weekend, an agreement was reached for redistributing quotas in favour of developing countries by 6pc, not 5pc.