When and how will the UN Security Council be transformed? 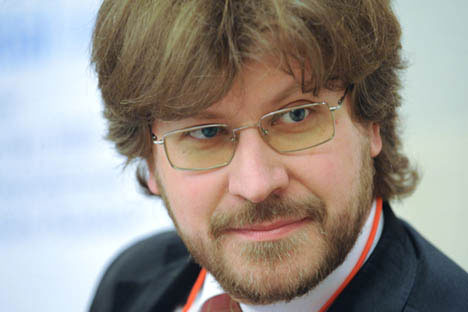 Speaking at the World Policy Conference recently held in Marrakesh, UN Secretary-General Ban Ki-moon urged continuing reform of the United Nations Organization to bring its structure in line with the realities of the 21st century. The Secretary-General acknowledged the increasing role of emerging economies, upon which he pins his main hopes in overcoming the consequences of the global financial crisis and ensuring sustainable development. To the question on the future of Security Council reform, Ban Ki-moon vouched that he would continue carrying out the reforms, but he ducked away from setting the time and quality framework for the change.

These days, the topic of transforming the UN Security Council has surfaced due to another reason. Germany, which has long been pushing for expansion of the UNSC, became a new non-permanent member. Berlin hopes to use the two years of its membership to lobby for the idea given that India and the Republic of South Africa (RSA), also insisting on changing the UN architecture, are among the newly elected members. Naturally, all three countries as well as a number of other major states (in the first place Japan and Brazil) aspire to permanent membership.

There is no doubt that the UN structure based on the balance of power established in the world following WWII does not reflect the current situation. Japan and Germany, which were not included in the Security Council in 1945 as “enemy states,” are the second and third largest financial donors to the organisation.

India is not only the second most populous state on the planet, but it is also the largest provider of military force for UN peacekeeping operations around the world. Brazil and the RSA are the most developed, and promising representatives of two huge continents. Egypt is becoming increasingly important in Arab community and among the Muslims in general. At the same time, Europe, the global political relevance of which has been oozing away, has two permanent seats out of five.

However absurd the status quo might seem, any attempts to change it are being stonewalled.

On the one hand, any proposed new members experience knee jerk objections. China is strongly against Japan’s bid and is sceptical about India, while India is throwing a huge wrench into Pakistan’s aspirations. Germany has ignited jealousy from EU fellow members Italy and Spain. The possibility for Brazil to gain a permanent seat on the Council is strongly resisted by Argentina and doubted by Mexico. There is no place for consensus in Africa, where not only the RSA and Egypt, but also Nigeria, Kenya and Libya feel they have the right to seats on the Security Council. Many, from Saudi Arabia to Indonesia and Iran, are willing to represent the Muslim world.

The idea to give permanent membership to the “third world” in general found no enthusiasm in Washington because it threatens complicating American politics. While Great Britain and France covertly hold back on supporting aspiring European nations in apprehension that it would lead to the question of Europe’s over-representation on the Council and to an inevitable squeeze, for example, leaving one seat for the EU especially when Brussels is officially insisting on having a “single voice” in the world political arena.

On the other hand, irrespective of their attitude toward certain countries, the current permanent members are hardly excited at the idea of sharing their exclusive rights with somebody else. Even if the new members of the club would agree to membership without veto rights (which is being discussed), it would mean that the powers of the “senior” members would be slipping away to the “new” members, whose influence would grow.

It is hard to recollect any precedent in which a sovereign state would voluntarily waive its international privileges. It seems to be the concerted position of the G5 from the superpowers such as the United States with Russia weakened as compared to its Soviet period.

The central issue is that it is impossible to establish clear-cut criteria whereby countries can gain their special status. In reality, there could be too many sets of such criteria; and each would result in a different composition of the Council.

Some of the possible criteria include: military force, economic power, degree of democratisation, involvement in global politics, population, major religion and regional influence. In fact, the existing proposals on the UNSC attempt to take account of all these criteria and produce a neutralised set of rules, but here again it boils down to the opposition against each individual candidate.

Until end of the 20th century, any world order could only result from major wars that would establish the balance of power. It would become the foundation for a next version of the global system until it was challenged and a new conflict broke out.

Due to the uniqueness of the Cold War that did not evolve into a “hot” war, the former world order that peacefully passed away was not followed by any formal recognition through creating a different global body. Moreover, the current balance of power is not fixed, it keeps changing.

Thus, if ten years back there were no doubts that the Western model undisputedly emerged as the winner of the half-a-century standoff, today the pendulum has swung towards the countries that though having played no significant role in this standoff, took advantage of its outcome.

Under such circumstances it would be unrealistic to expect that the countries, the influence of which on global processes is declining (Except for China, all of the G5 to a different extent belong to this category.) would agree to “dissolve” one of the most powerful instruments of exerting influence inherited from the previous epoch in favour of those nations that are on the rise.

Of course any attempts to “freeze” the status quo can only result in diminishing the weight of the UN and the Council in the global politics while the real processes would bypass its structure. That gave the reason for associations by interest and function from the G20, which is trying to assume the role of global manager without formal institutionalisation to BRIC.

However, any such structures cannot substitute for the United Nations because their decisions would fail to have the universal legitimacy that the UN enjoys by the right of birth from the ashes of WWII.

The United Nations is subject to criticism for failure to resolve thorny global and regional issues, although the criticisms might not be completely fair. The UN is resultant from the will and decisions of its members. If the global community is in a state of flux, the principal international organisation cannot be efficient.

As it appears, the foundation for the new world order will not emerge until the next major shock to the global system. Then, the question of the composition of the UNSC or its successor will be clarified.