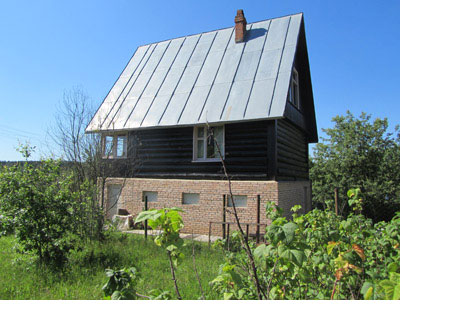 In 2009, the flow of Russian tourists to Goa reached 80,000 people, of which 1,400 people overstayed their visas, according to India’s embassy in Moscow. This is just one of the reasons why the Indian authorities reduced visa validity periods for Russian visitors and introduced a number of other tough restrictions.

The new visa regulations took effect on 1 February 2010. Visas are now issued for 55 days only, though it used to be very easy to get a double entry visa for six months, or even a multiple entry visa to India. And now, application for a new visa can only be submitted following a two-month period after the applicant leaves India. Those needing to enter India within two months following their latest exit from the country have to apply for a permit to India’s embassy or consulate, providing persuasive reasons for their repeat visit within such a short period of time.

Many seek alternative ways, such as going to Kazakhstan in Central Asia or Israel, hoping to find less strict visa regulations. It is hard to say how effective these methods are, since Israel and the CIS countries have a checkered reputation with Indian diplomats. In general, а two-month pause in trips to India affected almost all countries issuing Indian visas.

The revisions in India’s visa regulations have had a very adverse impact on both fans of South Asia’s largest country, and India’s tour operators. In other words, it became a disaster for many.

Certainly, India is an extremely interesting and multifaceted country that leaves no one indifferent. With their particular responsiveness and openness to everything new, Russian tourists quickly appreciated this treasure trove of new opportunities and impressions. India’s religions, dances, songs, films, festivals, practices and traditions quickly became very popular in Russia. Such notions as dharma and karma became part of the common vocabulary for every more or less educated person. India, with all its complexity and mysteries, has conquered Russians, becoming part of their daily life.

But here in lies the danger: when breaking loose from the tight shackles of one’s home and office responsibilities and coming to India, a westerner falls under the spell of its bright colours, the invariable cheerfulness and friendliness of the local population, and lack of time and awareness of space. All this is in sharp contrast with western realities, and it drives people mad. Few visitors can cope with the wave of new emotions and stick to their old principles.

Some people come to Goa for two weeks and remain in India for ten years or even more. More ambitious ones open their businesses in tourist zones, while others content themselves with appearing in Indian film mob scenes. There are also many other easy and not so easy ways to earn cash in India, including the sex and drug industries, buoyed by the practice of issuing TLF (Temporary Landing Facility) and TLP (Temporary Landing Permit) permits at Dabolim airport. Those permits have now been cancelled as part of the overall crackdown in India’s visa rules. Those applying for TLF and TLP permits did not have to submit their documents to India’s embassy or consulate to get a visa. Under Indian law, such permits may be issued in three cases: a relative’s death or grave illness, transit of up to 72 hours and being part of a tourist group that purchased a tour package from an Indian operator. There were a number of tourist companies in Goa making fictitious group tours that could be accessed via the Internet or Russian tourist companies. Thus, anyone could go to Goa without submitting their data for a proper check.

Foreigners, including from Russia, quickly establish their rules in India and solve all their problems with cash – something that Russians seems to have more of than others. Goa is sometimes referred to as the Russian Province, with its signs in Russian, Russian menus in most cafes and restaurants, and shop sellers and owners (especially in jewellery stores) being able to speak basic Russian. “You can’t do business if you don’t speak Russian,” local traders explain. Russians leave huge amounts of money in India, which allowed this mutually beneficial union between illegal Russian migrants and the local Indian population to exist for so long.

But now, India’s authorities decided to get illegal Russian migrants without valid visas and passports out of Goa, also banning them from working in the tourist business. There has been a precedent recently as one Russian tourist in Goa was sentenced to one year in prison for overstaying his visa, and a number of other Russians in Goa are also facing criminal charges. Meanwhile, Russians without visas and passports are concentrated not just at the popular resort, but all across India. For example, there is a huge Russian community in Pune, but no one so much as touches it, since it is a large source of steady income for Mumbai’s authorities.

Perhaps, “the Russian mafia” that settled in northern Goa gained too much power, which frightened India’s government and prompted radical measures, such as the forcefully expelling illegal migrants and introducing visa restrictions for Russian citizens. It remains unclear, however, why India’s authorities have chosen these methods for solving the problem. Indeed, it is not only foreign visitors who are to blame for what has happened, but also local officials who let this criminal world thrive for such a long time. And now, instead of dealing with its corrupt officials, the Indian government is closing the door for those Russian tourists who want to visit India for different reasons. Pilgrims, anthropologists, oriental and other scientists, and simply inquisitive tourists are going to India to see the world’s greatest and oldest culture and get to know the world’s only country with an uninterrupted tradition.

Hopefully, the Indian authorities will take a more balanced and reasonable approach to this problem by eradicating the criminal situation in India’s least Indian state, Goa, while also allowing ordinary Russian citizens to travel to the real India without additional visa problems.