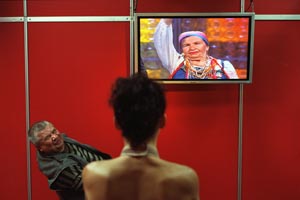 Russia is turning East, and, frankly, the move is long overdue. President Dmitry Medvedev will attend the ASEAN-Russia summit in Vietnam at the end of this week and the G-20 summit in South Korea in November. In addition to his recent trip to China, last July he chaired a significant meeting on Asia in Khabarovsk, and in late 2009 visited Mongolia and Singapore. Prime Minister Vladimir Putin went to China in late 2009 and India in March 2010.

Traditionally, Russia’s foreign policy has focused on the West. The rest of the world was seen through the prism of its complex relations with Europe and the United States. However, the balance of forces started a rapid shift eastwards in the early 21st century. Russia eventually understood the major challenges posed by this shift, some of which demand action rather than just lofty words about the emergence of a multipolar world.

The objective reality is that Russia is not the strongest link in the chain of Asian politics. Its position in Asia is much weaker than that of the looming giant China, rapidly developing India, ambitious South Korea and other countries of ASEAN. In the Euro-Atlantic region, on the contrary, Russia has remained an influential player despite all the shocks of the past twenty years.

Russia is at a disadvantage, as its Far East is beset by serious economic problems, and major resources will be required to develop the region. Russia has never been viewed politically as an Asian country; its membership in numerous regional forums does not translate into real influence in Asia.

Russia’s vulnerability in Asia is especially dangerous because Asia is likely to become the center of economic, political and military power in the 21st century. Unless Russia bolsters its position in Asia, it will be relegated to the periphery of global politics.

The recent spate of Asia trips by Medvedev and Putin suggests that the Russian leadership is aware of these potential threats.

Russia needs a comprehensive Asian strategy, including efforts to develop its Far East and to secure its position in Asia. These two elements of the strategy are intertwined: Russia needs foreign partners to help develop its Far East, and without drastically improving that part of the country, Russia will never play a major role in Asia. Worse still, it could be used as a bargaining chip in a potential confrontation between the region’s dominant powers, China and the United States.

Moscow must also diversify its foreign policy. The obvious economic imbalance between Russia and China could reorient the Asian part of Russia toward Beijing, although formally it would still remain under Moscow’s jurisdiction.

To ensure stable development in Russia’s Asian regions, China’s investments there should be balanced with investments from the United States, Japan, South Korea, Singapore, Europe and other countries.

Asia already has one divided nation, Korea, and the future of relations between the United States and China is unclear. The two countries are locked into an interdependence that is not entirely healthy and could transform into an intense rivalry. This is similar to the threat of “mutual assured destruction” that kept the United States and the Soviet Union from each other’s throats 50 years ago.

Unlike Europe, Asia has no structures in place to maintain security and will have to start building them from the ground up.

Russia will not be able to simply apply its experience in Europe to Asia.

The Kremlin, which has been trying to curb the growth of U.S. influence in the Euro-Atlantic region, could come to see U.S. military and political presence in Asia as a force for balance and stability in the region.

On the other hand, Russia should avoid any organization or alliance that China could perceive as a threat. Russia should think well before agreeing to establish a Russian-American missile defense shield or to join NATO – two ideas that are popular right now.

The Asian challenge will change Russia’s view of the world and force it to reevaluate its traditional – and now largely anachronistic – focus on the West. However, Russia’s position in Asia depends on the stability of its relations with the West. Russia must strike the right balance to prosper in the 21st century.

Fyodor Lukyanov is Editor-in-Chief of the Russia in Global Affairs journal – the most authoritative source of expertise on Russian foreign policy and global developments. He is also a frequent commentator on international affairs and contributes to various media in the U.S., Europe and China, including academic journals Social Research, Europe-Asia Studies, Columbia Journal of International Affairs. Mr. Lukyanov is a senior member of the Council on Foreign and Defense Policy and a member of the Presidential Council on Human Rights and Civic Society Institutions. He holds a degree from Moscow State University.