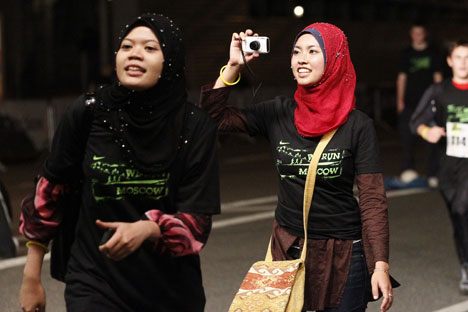 “There are lots of Asians,” said Clotilde in wonder. The young doctor had come to Moscow on vacation convinced that Russia was a nation of blond, blue-eyed citizens. Instead, this vast country boasts a cultural mosaic that can be disorienting for travelers from the West.

German Chancellor Angela Merkel’s recent declaration regarding the “death of the multicultural model” (Multikulti) was only the latest expression of Europe’s disappointment with the belief that different cultures can cohabitate peacefully with one another. In France, the ban on wearing the burqa and the general mistrust of halal meat has clearly shown that a segment of the French population feels its identity is being threatened by immigrants, who it suspects of wanting to live in isolated communities and change the country’s values.

The problems with multiculturalism in Germany stem partly from anger over members of the Turkish community who, in many cases, have not mastered the language of Goethe despite residing in the country for many years.

So how does this compare to Russia’s unique mix of some 176 different nationalities and ethnic groups, 20 percent of which are Muslim?

In order to understand the profound differences between these two realities, it’s necessary to compare the founding model of Europe, where most states are tied to the idea of a unique nation made up of a single people, and that of Russia, an empire built on the progressive assimilation of peoples.

In fact, the current Russian melting pot has been shaped by waves of ethnic Russians who fanned out across the Eurasian continent: The Cossacks were among the very earliest representatives of this “conquest of the East;” In the 18th century, the Old Believers rejected the reforms of Patriarch Nikon and were sent to Siberia by Catherine the Great, taking European culture with them into exile; in the 19th century, young Decembrist nobles, filled with Western ideas, were also exiled Eastward. Under Joseph Stalin, displaced and deported ethnic groups were sent by the millions to build the infrastructures of distant regions.

The Soviet Union developed a massive apparatus for mixing peoples and cultures. Stalin used forced resettlement to eradicate all national resistance to Moscow’s authority; this policy had additional benefit of forging a collective conscience even as it integrated different ethnicities. The full extent of this mix in Moscow is truly amazing: the tall blond man will explain to you that his father is Georgian, your colleague turns out to be Chechen, Marat is Tatar, a fact that might have been hard to guess. And yet they all share common humor and values.

If ethnic Russians (russki), who can be found all across Russia, constitute the “core” of the Russian Federation, they are only one ethnicity among many, including groups such as the Bashkir, Adyghe and Yakuts, all of which fall under the title of rossianin (Russian by nationality). Russia’s tormented history has, paradoxically, resulted in a national ethnic mix that has seen mutual contributions and influence between ethnic Russians and local groups across the country.

A native Islam
The best example of integration between ethnicities in Russia is Tatarstan. Its current identity, forged by a history of conflict, has not prevented it from becoming a fully-integrated Muslim region within the Russian Federation. The “Tatar yoke,” imposed on Russia for over three centuries, profoundly marked both peoples. Even today in Moscow, it is surprising to learn the number of Russians who have Tatar ancestors. Starting with the fall of Kazan during the reign of Ivan the Terrible, Tatarstan became a model of cohabitation between the Tatar and Russian ethnicities, which make up 43 percent and 38 percent, respectively, of the republic’s population. Hillary Clinton even sought advice on “multicultural tolerance” from the republic’s former president, Mintimer Shaimiyev. In Tatarstan, as well as in the Republic of Bashkortostan, Islam does not constitute the entire identity of these groups, who consider themselves Russian. Shaimiyev has referred to this as a “European Islam.”

The tensions that persist today are linked to immigration. People from Central Asian countries, who are often Muslim, make up a large percentage of those working low-paying, unskilled jobs in Russian cities and are mistrusted by many Russians. The police can hardly be troubled to investigate hate crimes, which regularly target people of Asian and African descent. But within the Federation, ethnic tensions can be felt most acutely in the republics of the Russian North Caucasus, where old inter-ethnic, secular conflicts have morphed into a battle with Islamic extremists. The shadow of these conflicts has spread to many of Russia’s cities, and a foreigner in Moscow can expect to hear regular condemnations against Caucasians.

Although the 21st century will likely bring new challenges to Russian national unity, the country appears ready to face them. No political policy has created an insurmountable divide between people in the style of the former Yugoslavia, and the furor surrounding religion has not monopolized public debate in Russia. Instead, the potential for Russia is enormous and the country could still prove to be a model for multiculturalism. The Kazan Kremlin, which features a mosque and a church sitting side by side, is perhaps one of the most powerful symbols of these possibilities.