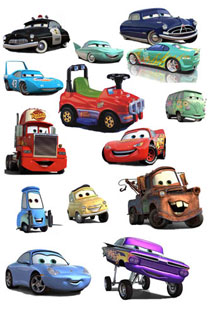 The global auto industry is set to return to pre-crisis levels before the end of 2010, a review by PricewaterhouseCoopers is suggesting.

Judging by the results from 2010, the volume of car production worldwide may exceed the level of 2007, the last year before the crisis, rising to 69.9 million vehicles, PricewaterhouseCoopers said. This means that the global auto industry could set a record this year in terms of vehicle assembly.

This recovery in the rate of production will come as a result of the BRIC countries, which is Brazil, Russia, India and China, as well as other developing countries, PwC partner Natalia Shcherbakova said.

In 2007, those so-called BRIC countries accounted for 18.7 percent of global sales, but in 2010 they will account for more than 30 percent of the total world market.

In Russia, a significant boost for the car industry was provided by the cash-for-clunkers recycling program, which was aimed at supporting the production of cars at Russian enterprises and by Russian companies.

Volume doubled: 400,000 cars are now expected to be sold because of the program. However, Russia will return to its pre-crisis level only in 2011, when the volume of car assembly should reach 1.7 million units, the PricewaterhouseCoopers said.