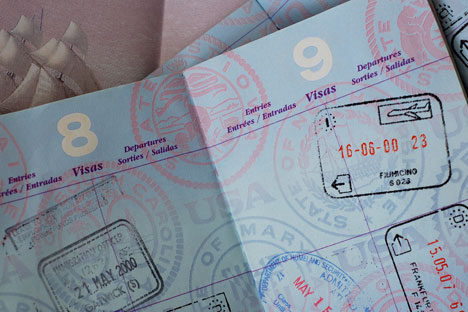 Okay...so far I have written 10 articles about my experiences in Russia and some of them have been laced with caution, but it’s pretty much been a healthy dose of optimism. In this blog post I want to highlight some of the problems I see in Russia and I will return to this on and off during the remainder of the year. I think its all very well stating that Russia has potential, but I think it is important to grasp how life is in Russia on a day to day basis and how real fustration can arise.

As I have stated on numerous occassions, I can only speak for the locations I have visited, but the approach I have experienced from Russian businessmen differs greatly to what I am used to Europe and the U.S.. Let me give you some background to build a credible foundation - I have been to Russia many times, I have a place in Chistopol, and I am in a relationship with a lovely Russian woman (FYI, we met in London), I also have many Russian friends who I have known from a very young age (most of them are from Moscow, but nonetheless, I have been surrounded by Russians for a while), and even with all this the disparity that I often see on a business and social level between Russia and places like Europe and the US surprises me. Most recently this was highlighted with my experiences of dealing with Russia in London. I think this is quite important because we are dealing with how Russia is perceieved internationally before people even set foot in the country. The example I am about to detail below also happens in Russia itself, and I think its a good case of how fustration can arise when dealing in Russia, and how you need to persistent to achieve the end result. To briefly digress, I think Russia really needs to be build on this, but until then, you need to understand that a certain level of fustration is the norm should you decide to operate in Russia over the long term (I am not talking about a short holiday...although even then you may run into difficulties here and there).

Okay, here it is - I needed to contact the Russian consulate to notorize a document. Now I cannot emphasize how immensely stressful that small task was. I eventually found the number on the embassy website. Even finding out that I had to call the consulate for my request was a nightmare as there was a labyrinth of contradicting information online. At first I could not get through on the first number shown, so I called the second number, selected English and then entered in the extension number 930. I listened to some lovely classical Russian music for 60 seconds before promptly being dropped. I was a bit puzzled so I tried again. After three attempts of the same thing happening I tried to call the embassy. A woman answered in Russian and I asked her if I could ask a question. She replied in broken English: “I do not know the answer to your question,” I told her that I had not even asked the question yet! And she then told me to “go on.” I then asked if I should be talking to the embassy or consulate for my query. She said that I should be speaking to the consultate and told me the number. I then told her that I have tried several times to get through but it couldn’t. She then put me through. So finally I was in touch with the consultate. Unfortunately, once again, it was a woman answering in broken English, and who was exceptionally abrupt. It went along the lines of this:

Me: I would like to notorize a document, how much does this cost and what are the procedures
Consulate: It’s all on the website
Me: No there is no pricing information
Consulate: Okay let me check…I think its 20 GBP but I am not too sure
Me: Can I make a booking to visit the consulate?
Consulate: You can only do this online
Me: I can’t seem to find it sorry, can you help?
Consulate: Its only in Russian, so you need to find someone who speaks Russian to help you to make the booking… Goodbye.

That was it! Literally! Now I see this a lot in Russia, actually it’s pretty standard…in fact this woman would be considered quite helpful in some of Russian places I have visited! And I am being very serious. I see the problem being amplified because this is the Russian consulate, this is Russian soil on English soil, this is some people’s very first experience with Russia, before they even think of going to Russia. On a business level inside the country you will experience simular situations. In the smaller towns the customer service is almost non-existent. It’s a real shame and at first it annoyed me quite a lot, and now I just take it as part and parcel of life in Russia. When I said in my last blog post that you need to be resolute when dealing in Russia, I really was not joking. The opportunities come with the problems. Anyway to continue, I called the consulate again after I checked that I could not make booking for a month. Cue the same process as before and we have the following conversation:

Me: I tried to make a booking but there are no slots for another month.
Consulate: You need to go on the website to make a booking.
Me: Yes, I know, I have and I can’t book for a month, is this correct?
Consulate: Yes, as we have nothing available...you can do it in a UK company…(she then hangs up)

I call again, and there was 10 minutes of running around, just like before.

Me: Sorry we seemed to have got cut off, you were saying that I can go to a UK Com…
Consulate (angrily): Go to the website, I cannot help you, goodbye.

Now the only reason why this surprised me, is the simple fact that Russia needs to be doing all it possibly can to change the perceptions of the country in the eyes of the international community. I said in my last blog post that people view Russia ten times worse than it actually is, but incidents like this only serve to reinforce the perception. I was also surprised by the poor level of English and the fact that the Russian consulate could not create an English booking system on its website...hopefully this will be resolved soon.

Russia has a lot of problems, a lot…and like any developing country it needs to improve, but there seems to be real inaction in certain areas. Customer service in the U.S. would beat customer service in Russia any day of the week. In the same way, Asian customer service generally beats that of the U.S. hands down. Little changes can go a long way. There are plenty of Russian citzens in England who have a fantastic level of English who would be more than happy to work for the consulate. To rectify this problem is quite easy, and the rewards are high. I believe Russia needs to really invest at a grassroots level and instill a sense of pride in service. I know for example that in the U.S., they have a very strong grassroots structure in sports. I was raised in New York, so I know first-hand. The Americans have an uncanny knack at getting better at sports that they previously did not know or did not focus on or do well in. Soccer is a case in point. If you charter how the U.S. team has done in competitions you will see they have improved and improved and this is due to the investment they put in a early stage. They even went further than the UK in the last World Cup, and we are meant to be masters at the thing. You see it in Spain as well, where the young stars reaped the ultimate rewards, and you see how the UK struggles in this area, as the investment in development of grassroots sports is too little too late. In the same way, Russia’s customer support desperately needs to be improved. If people’s perceptions are continually reinforced we can’t blame them for the sterotypes they take as reality.

I think the Russian president has it right—he is making immense strides to remove corruption, and not only bring Russia in line with the rest of the world, but to show the rest of the world that Russia has changed and can enact change around the world. I just think the focus should now turn to the grassroots level, so that the younger generation can follow forward to prove that change has come. As of right now, it is all being undone, and proof is on the front lines, in places like the consulate where people get their very first taste of Russia. Anyone thinking of going to Russia after some of my experiences, might think twice about the hassle, and that’s something no one wants.