The Dawn of the Rousseff Epoch 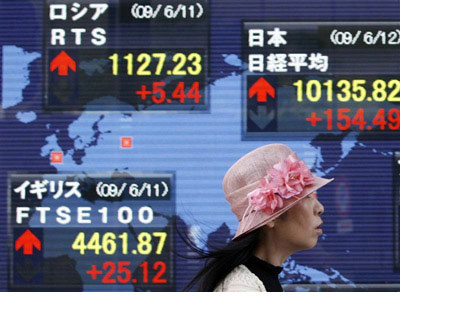 The majority of polls picked Dilma Rousseff as the frontrunner on the eve of the presidential runoff in Brazil. Brazil's outgoing president Luiz Inacio "Lula" da Silva, a hyper-popular leader whose rating at the final stage of the term in office topped 80%, strengthened Rousseff's bid for presidency by reiterating that voting for Dilma was in fact the same as voting for him.

President da Silva's expressions of support obviously helped to sway the Brazilian electorate, and on October 31 Dilma Rousseff was voted in as Brazil's first female president with a 56% score, 11% ahead of her rival Jose Serra.

Among other things, Lula must be credited with resolving the political continuity problem: his former right-hand woman Dilma Rousseff is sure to take over her predecessor's list of strategic priorities which include social harmonization, sustainable economic development, unwaivering national sovereignty, and Brazil's establishment as a center of power in today's world. No doubt, Rousseff has the necessary credentials to lead the country emerging as a global-scale heavyweight. An economist by training, she served as chairwoman at Brazil's state-run energy giant Petrobras and formerly held posts in da Silva's administration. Part of Rousseff's record is the implementation of a program of affordable housing construction, which boosted her political standing. Besides, Brazil's new president enjoys the reputation of a person generally open to dialog but absolutely uncompromising when it comes to issues of principle.

President da Silva brushed off the media myth that a “shadow post” awaited him in Rousseff's administration and that he would retain a decision-making role under the new presidency. He stressed Dilma's political independence and said she would form the government as a self-sufficient politician.
In her first address as president, Rousseff stated that her priority would be to raise the Brazilian living standards to the level common among industrialized countries. She called the Brazilian business community to support the incoming governments' initiatives, especially those aimed at eradicating poverty and famine in the country, and invoked gender equality, free speech, human rights, and freedom of religion as the essentials of her program. Rousseff also emphasized that there should be no abandoned children in Brazil.

Rousseff promises to pursue independent economic and financial policies, to broaden markets for Brazil's industrial and agrarian output, to prevent the recurrence of inflation, and to fight profiteering. Her agenda for the next four years features a strong stance on national security, struggle against drug trafficking, corruption and other types of crime. Admitting that the role of a successor to Lula – “the genius Lula”, in Rousseff's terms – imposed an additional measure of responsibility, Brazil's president-elect pledged to do her best to meet the challenge.

Venezuelan leader Hugo Chavez was the first to deliver congratulations to Rousseff. He maintained in his weekly televised address in the run-up to the vote in Brazil that Rousseff's victory was imminent and even generously projected that she would garner 60% of the vote. Chavez is not attempting to conceal delight: the outcome of the elections in Brazil marked the end of the rightist comeback in Latin America. Washington's money, media support, and occasionally covert operations propelled pro-US candidates to presidencies in Mexico, Honduras, Panama, Chile, and Costa Rica, prompting commentators to circulate forecasts that Latin America's populist march was over or even that the demise of the defiant regimes in Venezuela, Bolivia, Nicaragua, and Ecuador loomed on the horizon. Rousseff's advent at least restores the status quo by guaranteeing that the regimes oriented towards the XXI century socialism will continue to enjoy Brazil's support.

In diplomacy, Rousseff can be expected to stick to da Silva's pragmatic strategy of selecting partners based on Brazil's own interests regardless of how Washington brands the countries. There is information that da Silva's team of advisers who used to help to chart Brazil's future foreign-politics course are for the most part to stay in, and that the new administration will focus on reinforcing BRIC, the group of evolving economies comprising Brazil, Russia, India, and China. Brazil will be inviting Russian companies to take a bigger role in its energy sector, mainly to explore and develop jointly with Petrobras the recently discovered fields in the country's oceanic shelf. Impressive opportunities also exist in the sphere of pipeline construction.

President da Silva made serious efforts to expand arms trade between Brazil and Russia, and, considering that Brazil is actively modernizing its armed forces, plans for the not-so-distant future can be even more ambitious. Brazil's experience in the military-technical cooperation with Russia is positive. Last March the country received the first 3 of the 12 Mi-35m Russian copters worth $150m. The corresponding deal also envisages the training of Brazilian pilots, maintenance, and technology transfer. Brazil's Embraer aerospace conglomerate, a company counted among the global leaders in the area, plans to invest jointly with Russia in next generation aerospace technologies. Aerospace industry and research are the spheres where the cooperation between Brazil and Russia will likely be the most fruitful.

Plans for the strategic Russia-Brazil partnership reach out into future decades, meaning that a lot is to be accomplished in the “Rousseff epoch”.